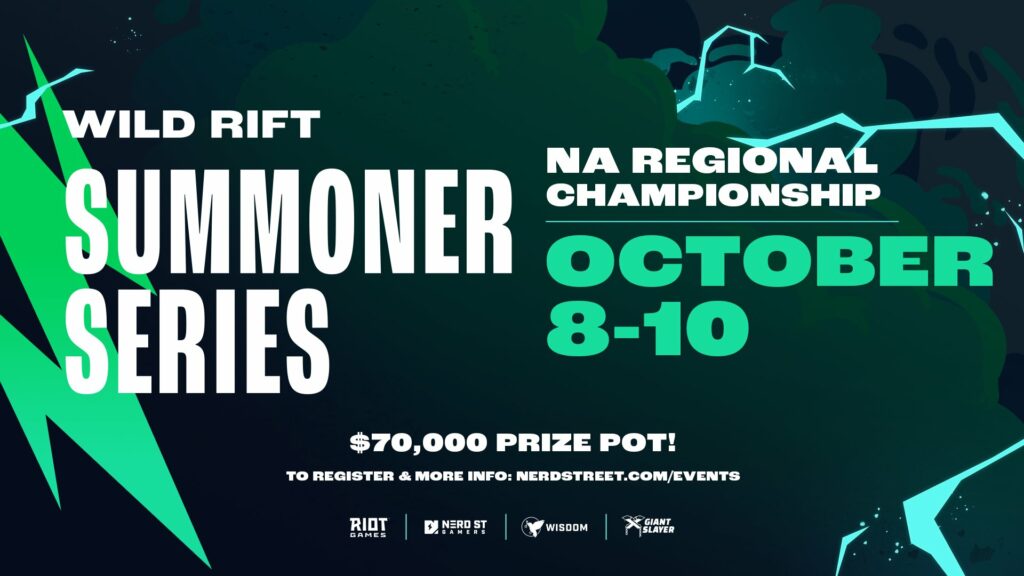 Esports infrastructure company, Nerd Street Gamers has partnered up with Riot Games and Wisdom Gaming to host North America’s first League of Legends: Wild Rift LAN Championship. The Wild Rift Summoner Series LAN Championship, held at the Localhost gaming and esports center in Denver, began on October 8th and runs through the 11th. In addition to claiming the majority of a $70,000 prize pool, the winner will secure a spot at the 2021 Wild Rift Horizon Cup in Singapore as North America’s representative.

“We’re excited to bring together the best Wild Rift teams in North America, even if COVID-19 has kept us from producing the show at the scale we originally envisioned,” said Chris Greeley, Head of Esports for North America at Riot Games. “Nerd Street and Wisdom have been great partners in bringing the Summoner Series to life, and we expect our championship weekend will deliver a great experience for pros and teams, and an exciting culmination to the season for fans.”

As Greeley mentions, COVID-19 greatly affected the planning of the tournament. The venue will be closed to the public with COVID-19 restrictions being enforced through the event. Additionally, participants who don’t wish to travel and those who are not in compliance with said restrictions will have the opportunity to play remotely.

Both Nerd Street Gamers and Wisdom Gaming have been responsible for leading the registration, design, operations, and production of the series since July 2021. Wisdom Gaming will produce the Championship broadcast, which will take place on Riot Games’ Wild Rift Twitch channel.