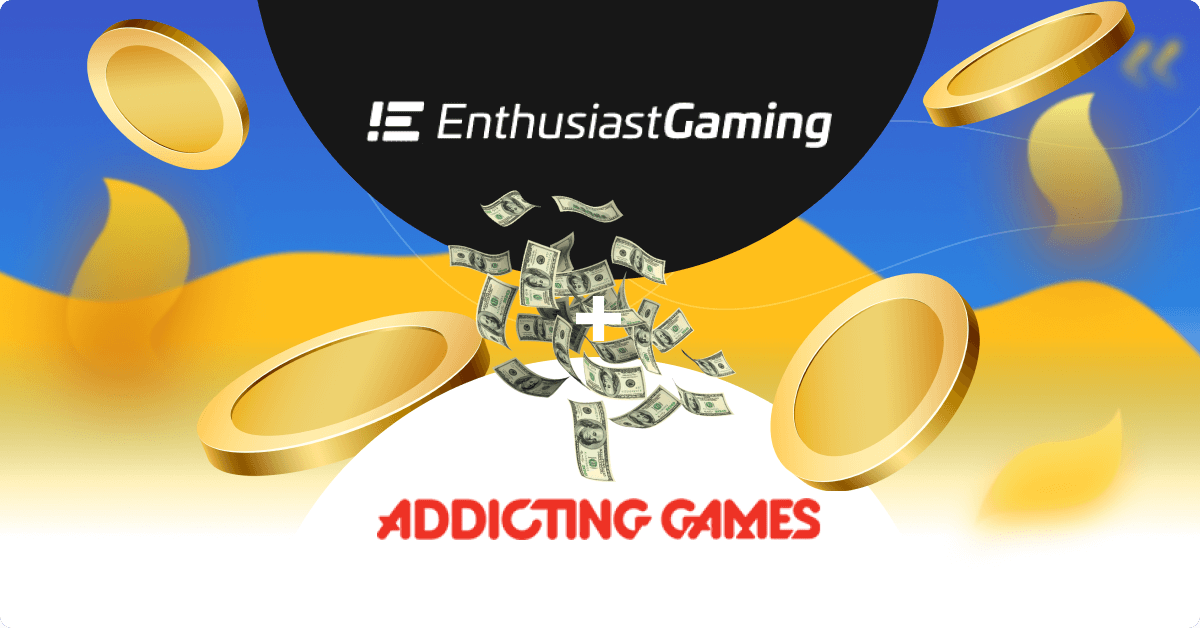 Enthusiast Gaming Holdings has just acquired casual game publisher Addicting Games for $35 million in a deal which will see the Toronto-based Enthusiast Gaming expand its media and content platform for video game and esports fans to connect and engage with each other. The acquisition delivers on Enthusiast Gaming’s buy-and-build growth strategy and expands the company into casual gaming, which will bring them more monthly active users and viewers within the key Gen-Z and Millennial demographics. The deal is made up of a $10 million cash payment and $12 million in stocks, with deferred payments of $7 million and $3.8 million to be paid on the first and second anniversaries of the closing date.

“We’re game developers. Everything we’re doing is around product and around the player. And that’s really what we focused on,” said Bill Karamouzis, the CEO and co-founder of Addicting Games. “For almost 20 years we’ve done a deep dive when it comes to the player experiences. We’ve never really excelled at user acquisition. It’s just not something that we wanted to focus on. Enthusiast Gaming brings so many eyeballs. They have partnerships with influencers and content creators. They have marketing relationships and partnerships with major advertisers. It’s a nice marriage of the two talents between the two companies. And so for us, we’re, we’re excited to get our products in front of their audience.”

Addicting Games has been around for nearly 20 years as a pioneer in casual gaming and has a library of games spanning several titles and runs a wide spectrum of action, sports, puzzles, and more, which sees them average more than 10 million players a month. The company has 28 employees, all of whom will be retained.

(All information provided by Venture Beat and Games Industry)