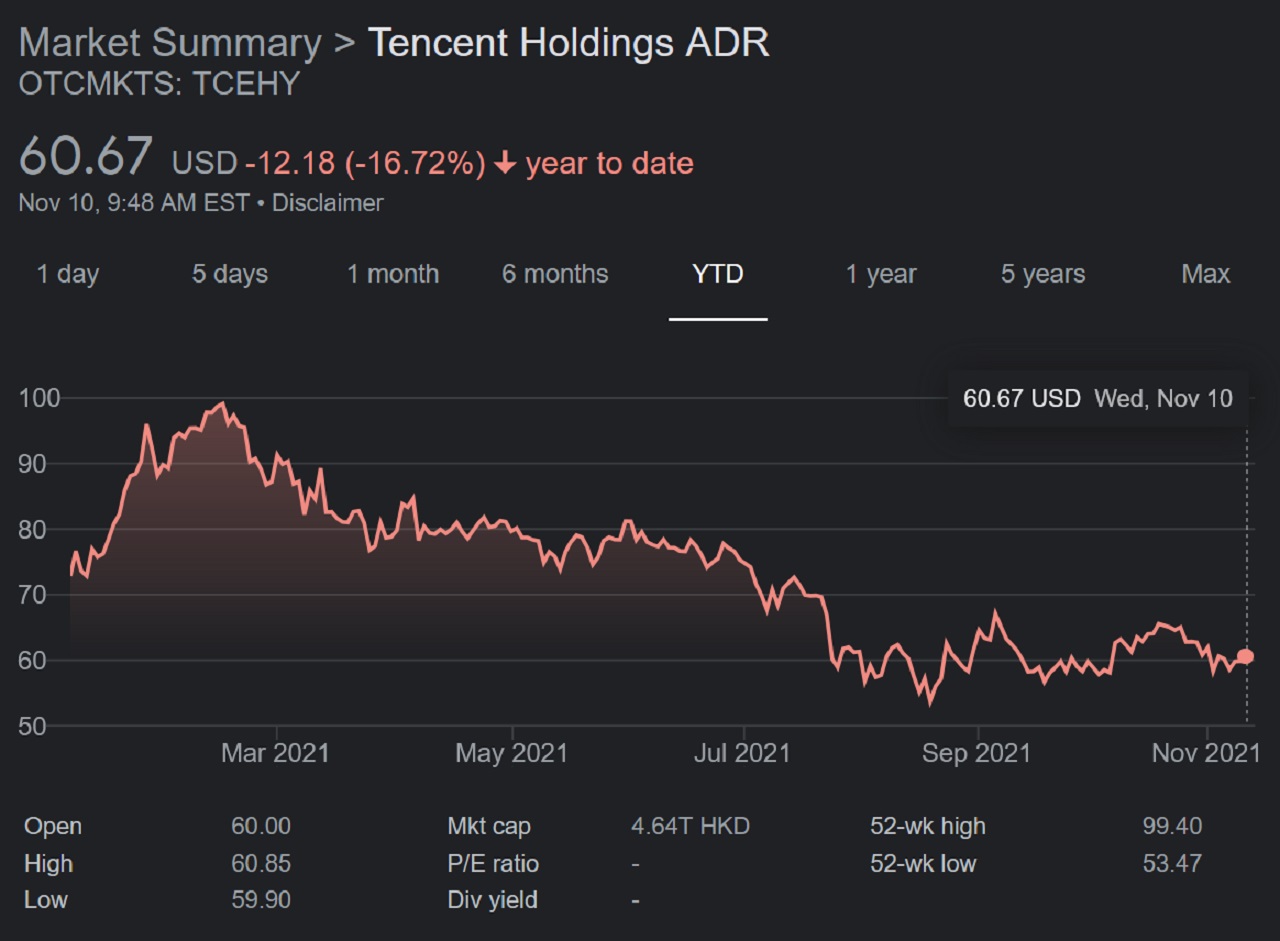 Tencent Holdings Ltd.’s third-quarter profit edged up 3%, despite a significant slowdown from earlier this year amid soft advertising income and continued weaknesses in its gaming business. Their profits beat analyst estimates, but revenue still fell short, weighed down by weak gaming revenue growth, which has been slowing since the beginning of the year. The company, in its quarterly earnings release, played up its commitment to China’s policy of common prosperity and highlighted its efforts to ensure compliance with new gaming regulations amid heightened regulatory scrutiny on the broader technology sector. Domestic games revenue rose by a mere 5%, while international games revenue grew 20%, compared with a 45% jump in the overall games segment during the same period last year.

Pressure also came from a soft advertising business, whose revenue rose by 5%. Tencent expects the business to remain weak for several quarters to come, citing macroeconomic challenges and regulations affecting certain key advertising sectors. Tencent, like many other technology giants around the world, had booked lofty profits since the COVID-19 pandemic started, as homebound consumers turned to online products and services. But the upbeat momentum began to fade in recent months, as concerns grew about falling demand for online services as pandemic-triggered lockdowns eased, while China’s aggressive tightening of regulations stoked investor fears over the country’s internet sector.

Tencent has been hit particularly hard by Beijing’s tougher gaming rules. In August, authorities severely restricted younger gamers’ playtime to just three hours each week, and later put all-new game approvals on hold. Since then, Tencent has repeatedly pledged to self-regulate and combat user addiction in a bid to fall in line with regulators. Earlier this month, Tencent said it is shutting down Fortnite. The game has been running under test mode for three years, though its China operator never received approval to sell in-app items and monetize from the game.

New regulations on data security and stricter enforcement of antitrust rules have also raised investor worries about Tencent’s operations. The string of regulatory actions sent Tencent shares tumbling to a one-year low in August, and they have lost over 18% in the past six months.

(All information was provided by Morningstar)

0 comments on “Tencent’s Third-Quarter Profit Up 3%, Despite Continued Gaming Weakness”