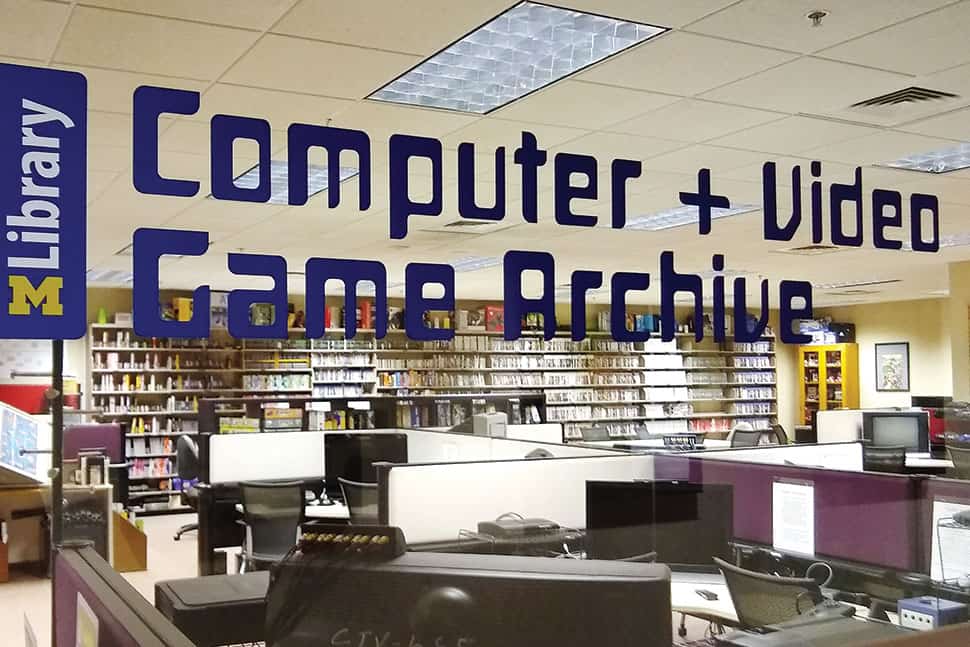 Due to the Covid-19 pandemic, the University of Michigan’s Computer and Video Game Archive (CVGA) has been closed to students as well as the general public. However, this has given the library’s Digital Preservation Lab an opportunity to create a process that would allow the school to archive each game’s digital files and supporting materials. This would reportedly include game manuals, reference guides, patches, maps, and more that can be placed in a virtual “bag” that will be stored and connected to the game’s record in the library catalog.

“What we’ve been working on is taking the digital and physical media and figuring out the best way to archive them in a variety of formats so that we can ensure that they stay safe,” said U-M librarian David Carter, who also serves as video game archivist, comics librarian, and reference services co-coordinator. “This way, if our physical copies do degrade or become corrupt, we’ll have a digital backup in its place for people to play.”

Located in the basement of the Duderstadt Library on U-M’s North Campus, the CVGA has continued to maintain its dual mission of providing users access to the game collection while also preserving it for future research and study. The interactive archive includes a variety of video, board, and card games, as well as gaming consoles, microcomputers, displays, game controllers, supporting print materials, and so on. From the Atari 2600 and the Nintendo Entertainment System to the first four out of five PlayStation consoles, visitors can view more than 60 unique systems and 8,000 games.

In the future, the staff hopes more people will become involved in the process to create a greater demand for the proper tools. Eventually, they will be able to collaborate with others to tackle archiving more complicated games and consoles. For now, they’ll continue forging the best processes and creating workflows so that individuals can assist in prioritizing the old while archiving the ever-expanding CVGA collection. The CVGA reopened Aug. 31 by reservation only for U-M staff, students, and faculty members.

(All information was provided by The University Record)