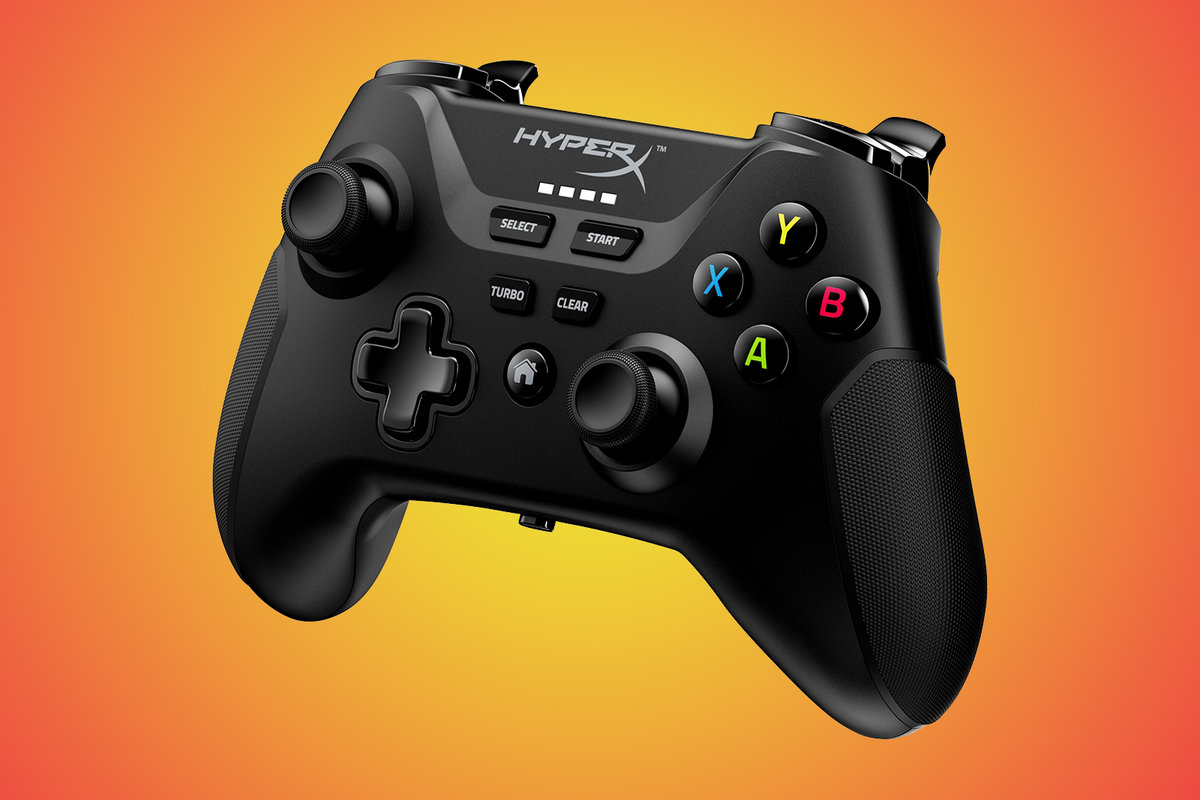 HyperX unveiled its first traditional game controller, the HyperX Clutch, designed for mobile gamers and PC gamers alike. Aptly named for its included phone grip, the Clutch grip is expandable, allowing it to fit phones as wide as 86mm, about 10mm larger than the Pixel 6 Pro. More importantly, it can be detached when you don’t need it. The Clutch is a standard full-size game controller, with an ABXY layout, analog triggers, and textured sticks & grips, ready for almost any controller-compatible game.

HyperX built the Clutch to pull double duty between your phone and PC. Beyond the usual Bluetooth connection for your phone, the Clutch also includes connectivity for a 2.4GHz wireless receiver plugged into your PC. When you’re ready to move from your phone to your desktop, simply detach the phone clip, flip the bottom switch, and continue playing wirelessly.

The Clutch can be used when plugged in too of course, but you shouldn’t need to that often since it’s designed to last up to 19 hours on a single charge.

This purpose-built combination of PC and Android gaming accessories comes at a perfect time, with Google recently announcing that Play Games will be coming to Windows. The HyperX Clutch is also catered to cloud gamers, who want to switch between screens as quickly and seamlessly as possible.

The HyperX Clutch is expected to launch sometime in March, with a retail price of $49.99.

(All information was provided by 9to5Google)