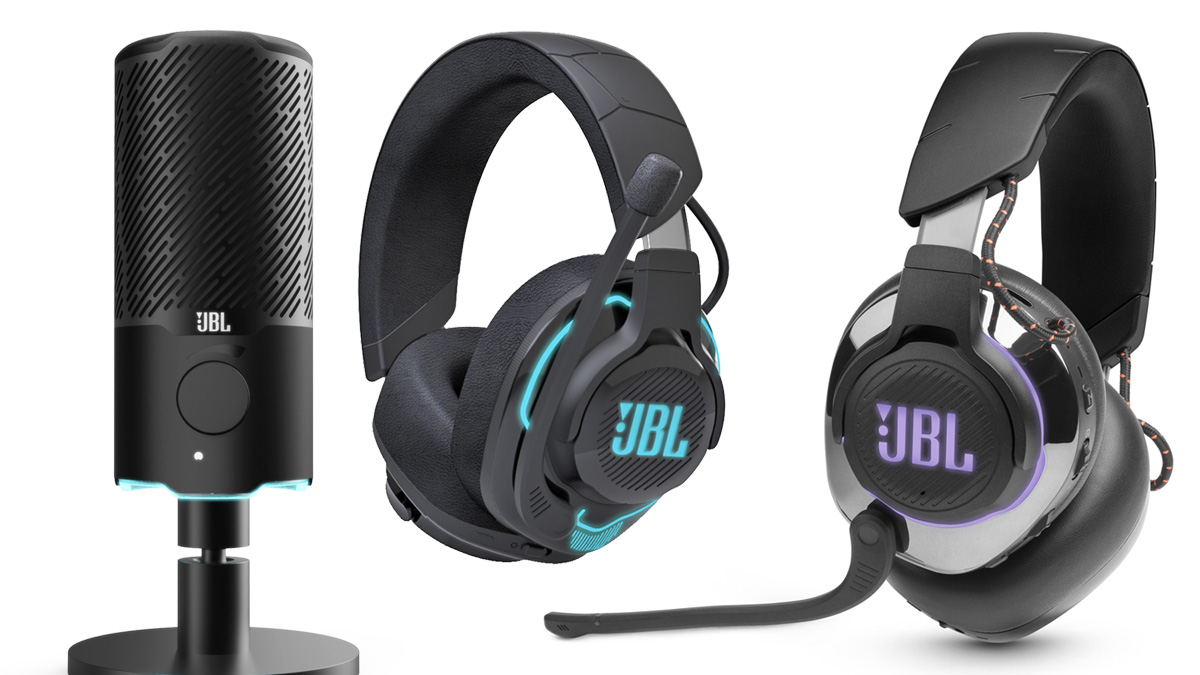 JBL introduced its first USB microphone aimed at streamers and podcasters, the JBL Quantum Stream, a dual-condenser mic with two selectable voice pickup patterns. One of those patterns gives you a way to make sure the mic focuses on your voice, while the other was designed to capture everyone’s voice, in case you’re in a group call or recording a podcast with someone. The Quantum Stream also has a mute button as well as controls that allow you to adjust your voice volume directly on the device itself. It will set you back $100 when it’s released in the Spring.

JBL also introduced its first truly wireless earbuds for the line, the JBL Quantum TWS, with adaptive noise canceling and ambient aware features that give them the capability to automatically adjust how much noise gets in based on your surroundings. They have JBL’s QuantumSURROUND feature that enables spatial surround sound, as well, along with support for various voice assistants. The wireless earbuds can connect to a mobile device via Bluetooth, but they also come with a USB-C dongle for low latency connection to PCs, the PlayStation, and the Nintendo Switch. When it comes to battery life, the earbuds can last for eight hours, with the charging case providing 16 additional hours. The earbuds will also be available this spring and will sell for $150.