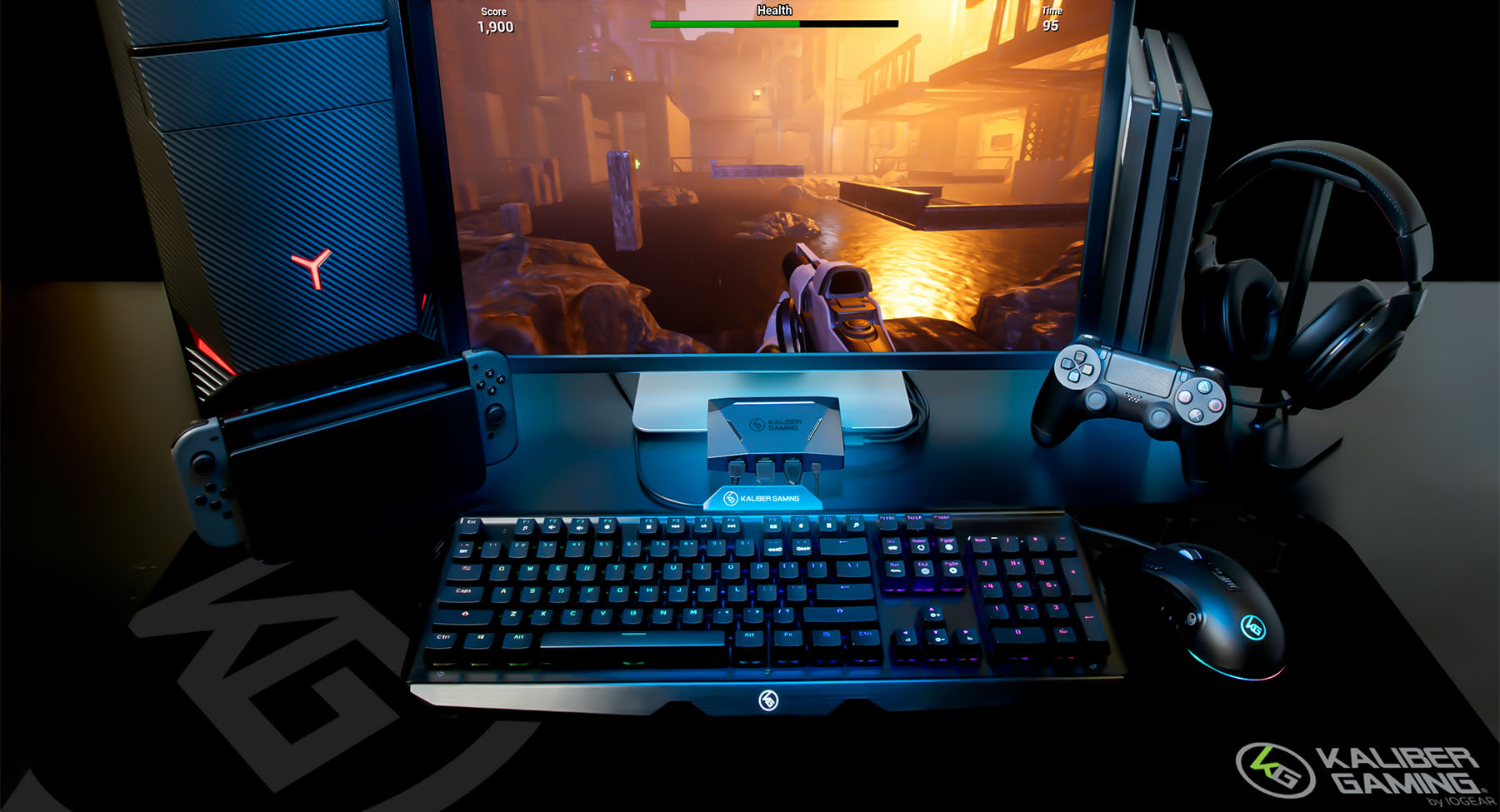 For those of you out there with several gaming systems all connected to the same TV through multiple HDMI ports, there’s good news for you. IOGEAR’s new KeyMander Nexus Gaming KVM (which stands for keyboard/video/mouse), makes it so you can switch from one console to the next with ease because all of your hardware can now share those peripherals, plus a headset.

Set for release in mid-2022 for $200, the KeyMander Nexus Gaming KVM even lets consoles share controllers, so you could potentially use the Switch’s Pro Controller with the PS5, or PlayStation’s DuelSense controller with the Xbox Series X/S. Using a free accompanying iOS or Android app running on a mobile device, the KeyMander also allows for custom controller configurations, key mappings, adjustable mouse sensitivity, and the ability to create quickly accessible macro functions.

Switching the HDMI input on a TV or monitor as you hop between consoles is easy enough, but if you regularly play with a keyboard and mouse, you need to physically move USB cables or wireless USB dongles from system to system. It’s not the biggest inconvenience in the grand scheme of things, but IOGEAR’s KeyMander Nexus Gaming KVM promises to make the whole process nearly effortless. Supporting HDMI 2.1 and 4K resolutions at 60Hz, the console-specific KVM lets users connect up to three gaming machines (including a PC) to a single display, keyboard, mouse, and headset, letting each one take over at the push of a button.

As consoles evolve to compete with the graphical prowess and capabilities of gaming PCs, eventually anyone could join multiplayer matches for some games no matter what hardware they’re using. For titles like first-person shooters, PC players long held the advantage by using a keyboard and mouse, which afforded better control and faster reflexes than when playing with a controller. Consoles have caught up there, too, and even Nintendo Switch players can swap Joy-Cons for a keyboard and mouse when playing games like Fortnite.