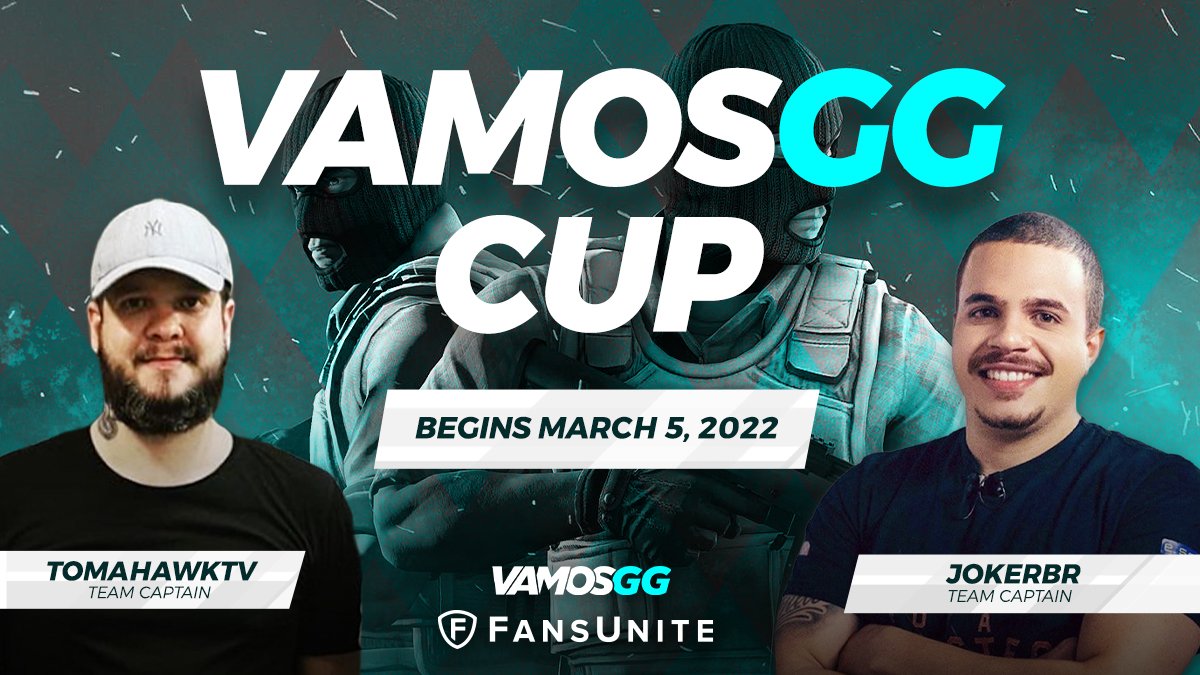 The tournament will feature four teams competing against each other on a CS:GO game map that will be created exclusively for the VamosGG Cup. The tournament will run for two days. Preliminary rounds are a single match, win, and advance. The Grand Finale for first place will be a best of five matches, while the battle to determine third place will be a best of three matches. Everyone receives a cash prize according to their final placement. Each team will have a designated captain that will select four more players to round out their five-person teams, for a total of 20 players participating.

“Given the significant traction we received for VamosGG during the PGL Major 2021, we decided to launch our own branded tournament to grow the VamosGG brand,” said Scott Burton, CEO of FansUnite. “VamosGG is looking to acquire bettors through more cost-effective means than traditional advertising and sponsorship. Influencer advocacy has time and again proven to be an effective promotional and conversion tool for the esports generation. The Brazilian esports community consists of passionate CS:GO fans who support and follow their favorite streamers. Partnering with them will create more awareness about VamosGG, leading to more bettors on the VamosGG platform.”

The tournament will be streamed live on the four captains’ Twitch and social media channels, as well as on additional influencer streams that will be announced leading up to the VamosGG Cup.

Additionally, VamosGG has signed exclusive tournament partnerships with the immensely popular Brazilian streamers and CS:GO influencers TomahawkTV and JokerBR to serve as two of the four captains. The remaining two captains will be announced in the near future. The influencers will live stream the entirety of the VamosGG Cup on their Twitch channels and other social media platforms, as well as offer exclusive player and fan promotions in the month leading up to the event and during the tournament. VamosGG will leverage the streamers’ large audiences to drive traffic to the platform.

(All information was provided by MarketWatch)