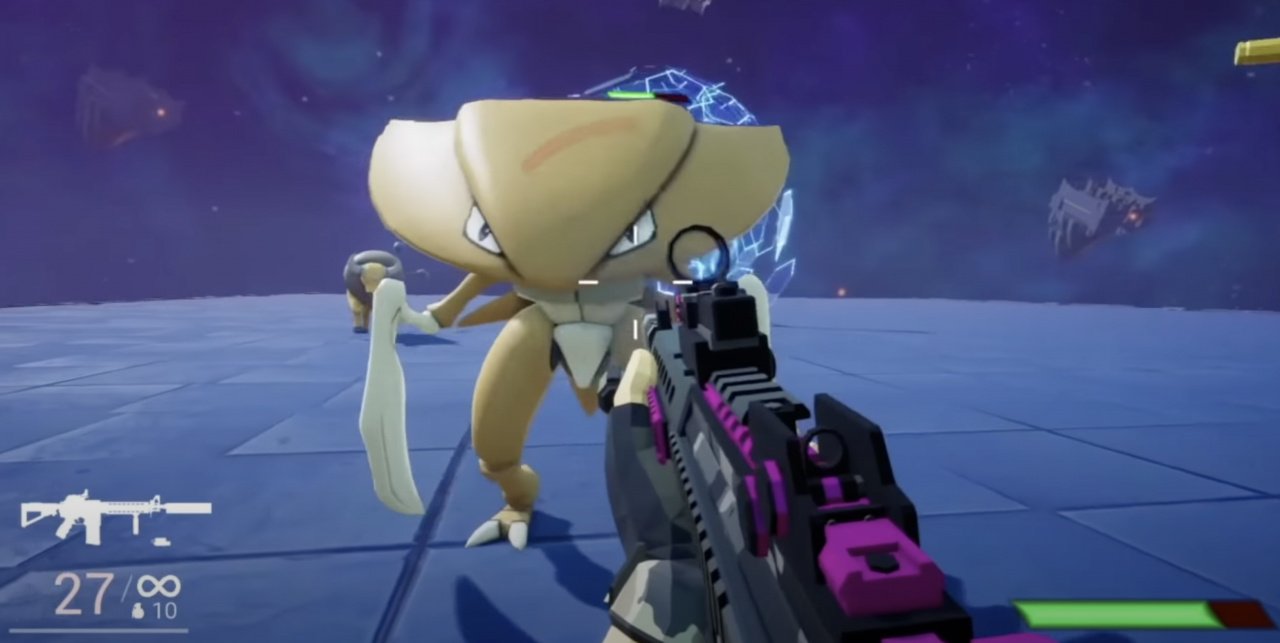 Independent developer Dragon posted a video online of his new creation, a Pokemon first-person shooter game, which has since gone viral. Dragon shared a second video on his YouTube channel explaining how the game came to be and how it was developed. According to the video, the idea came from a tweet that said: “someone should make the first person to shoot a Pokemon.”

Dragon’s unnamed title has netted several million views and plenty of positive and negative attention. As one can imagine, many Pokemon fans did not enjoy seeing the beloved creatures shot, bloodied, and killed by automatic assault rifles. Nintendo and The Pokemon Company weren’t fans either apparently, with the former ordering the removal of the online clips.

To create the game, Dragon used the Unreal engine and was inspired by games like Overwatch, Call of Duty, and Halo. The FPS has three regions, with different Pokemon. As the player progresses, the creatures become stronger and more difficult to defeat. There are also Pokemon fights in each region.

The developer has stated that the game is not finished yet and its purpose is only to develop your skills as a programmer. The game should also not be marketed, as the rights to the characters belong to Nintendo.

(All information was provided by Lodi Valley News)