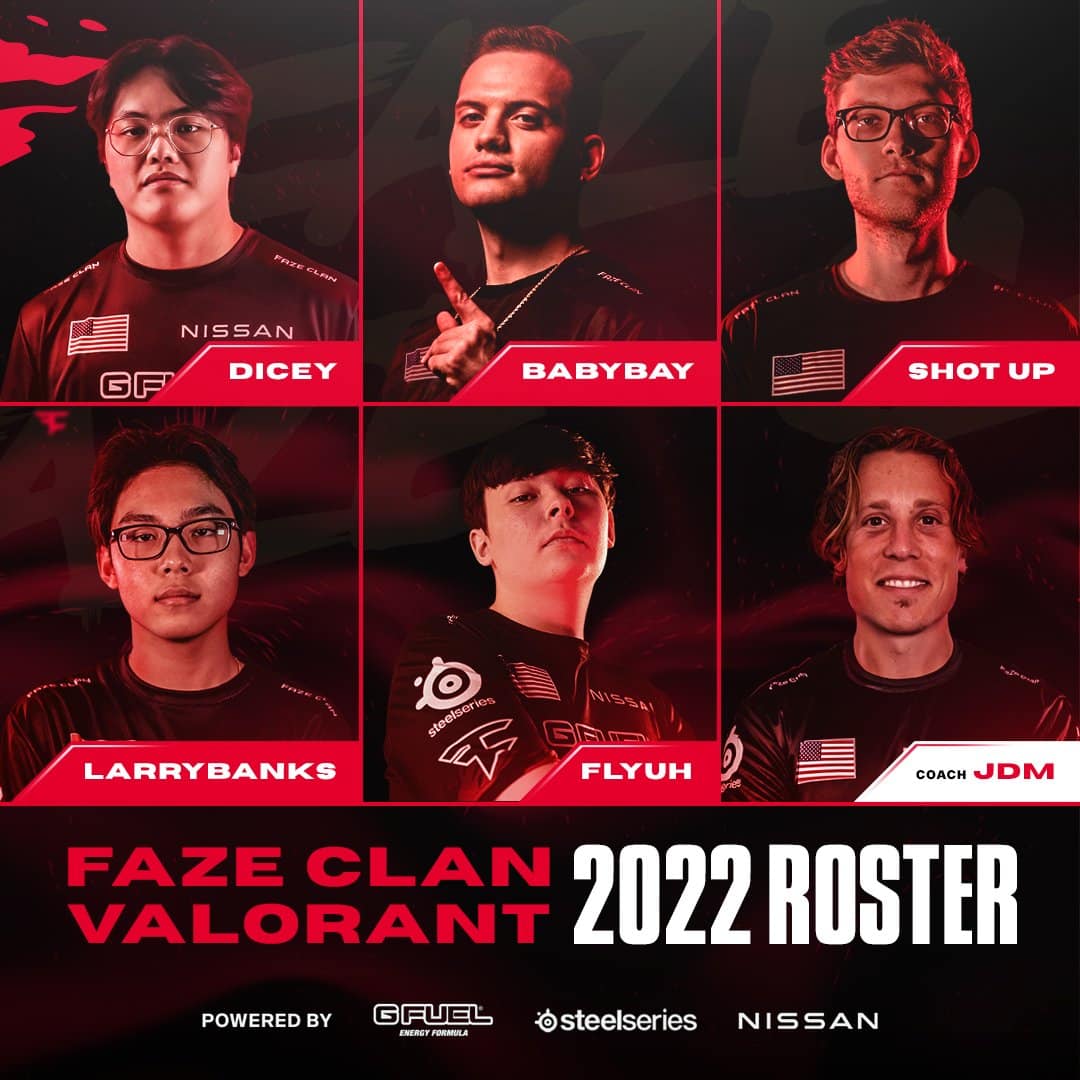 FaZe Clan officially introduced its VALORANT roster for the 2022 season. The new squad will make its debuts at the VCT North America Stage One Challengers Open Qualifier.

FaZe was one of the best North American VALORANT teams during the 2021 season and made drastic changes during the offseason. Corey Nigra was transferred to TSM, while Hunter “BabyJ” Schline recently joined 100 Thieves.

0 comments on “FaZe Unveils VALORANT Roster Ahead Of 2022 Season”