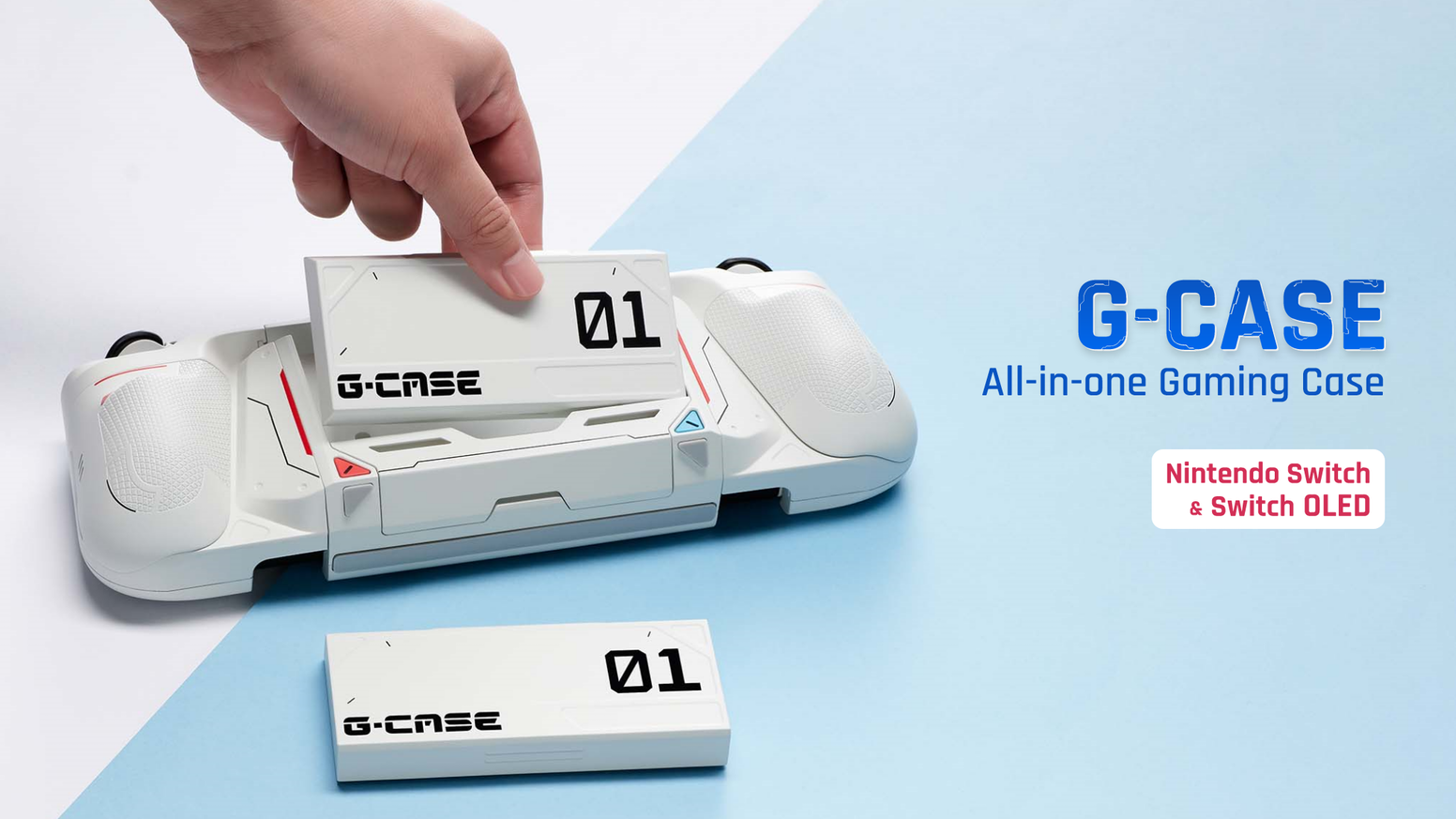 A new Kickstarter campaign has come up with a way to make gaming on the Nintendo Switch more portable-friendly: an all-in-one modular case that makes the hybrid console more convenient as a companion gadget while traveling. The G-Case by Plenbo aims to be the solution for those that play their Switch primarily in handheld mode. Outside of adding additional protection to the back of the console, the G-Case includes a 5000mAh battery pack that provides up to 5 hours of additional battery life and the option to detach the battery pack and use it to charge other devices such as your smartphone or a tablet. The G-Case also includes two cards slots, one on each side of the grip cases, allowing you to hold up to three Nintendo Switch games at once.

The G-Case also allows you to detach the case and Joy-Cons themselves from the Switch. The added option to connect the grips together is similar to Nintendo’s official Joy-Con grip. The grips on the Joy-Cons are also replaceable with three sizes to fit most users.

The G-Case also includes one model that offers Bluetooth connectivity. While the Switch already has built-in Bluetooth, there is an issue of latency; Plenbo claims that the G-Case’s Bluetooth 5.0 will allow for a more seamless connection between the console and wireless headphones with audio latency down to 40 milliseconds. The G-Case also includes a kickstand, an added benefit for those that own the regular Nintendo Switch.

Plenbo has also announced additional items that complement the G-Case, such as a carrying case and a wireless controller adapter designed for PC, an Android TV box, and the Switch compatible with other devices such as the PlayStation 5. This includes the OneDock, which includes one USB-C, USB-A, and HDMI 2.0 ports and allows players to connect the Switch to a TV without a docking station.

The project has already reached its funding goal. If you are interested in preordering the device, you can pledge $79 to receive the case itself or $169 to receive the unit and additional accessories. Important to note, however, if you decide to back the project, there may be some “unforeseeable” issues as noted on the G-Case’s “risks and challenges” section of the Kickstarter page.