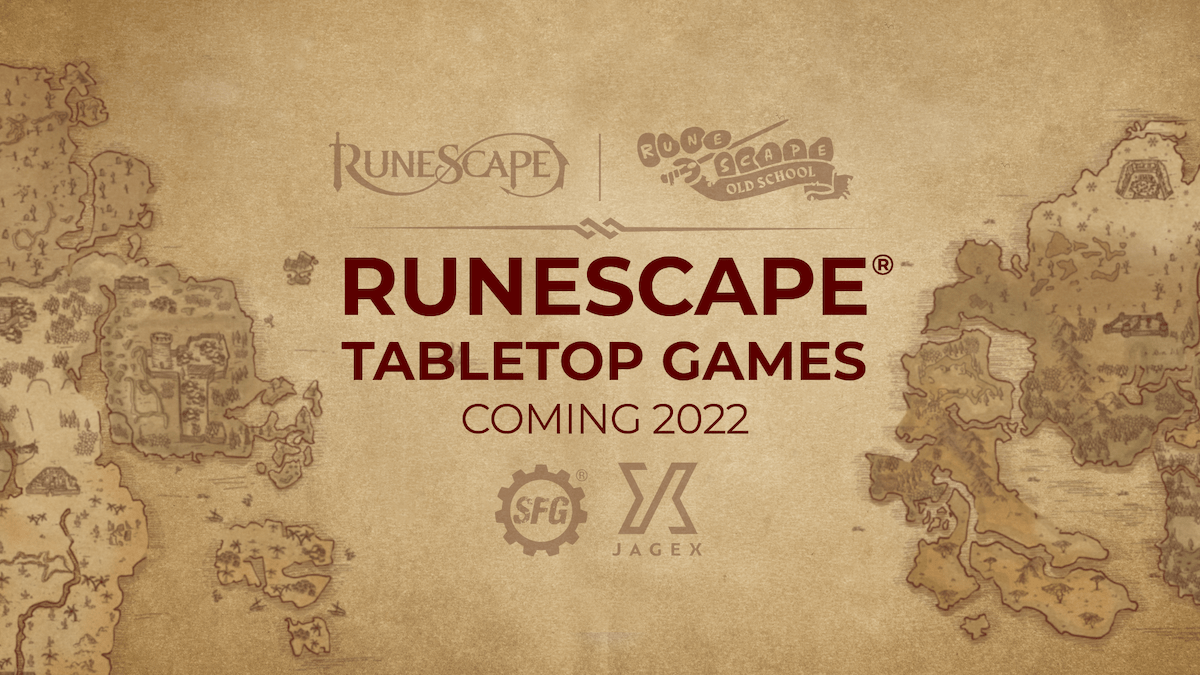 RuneScape developer Jagex has partnered with Steamforged Games to create a RuneScape board game and a tabletop role-playing game, both of which are expected to launch later this year. Both games will dive into the fantasy world of Gielinor and the lore of RuneScape. The board game will launch on Kickstarter later in 2022 while the tabletop RPG will head straight to stores.

“By launching the board game via a crowdfunding platform, Steamforged is mirroring our approach of involving the RuneScape communities in taking the game to tabletop,” said Phil Mansell, CEO of Jagex.

The board game is designed for one to five players and focuses on a quest-based campaign. Some of the mechanics include crafting equipment, cooking recipes, and interacting with NPCs.

The tabletop RPG, meanwhile, will be a fully illustrated, hardcover book with rules for players to create their own RuneScape-inspired campaigns. The press release also notes that the RuneScape TTRPG will be “fully compatible with the fifth edition ruleset of the world’s favorite role-playing tabletop game.” Intriguingly, the RuneScape tabletop RPG is referred to as a “core” book. This would imply – or hint, at the very least – that more could be on the way.

(All information was provided by Polygon and GamesRadar)