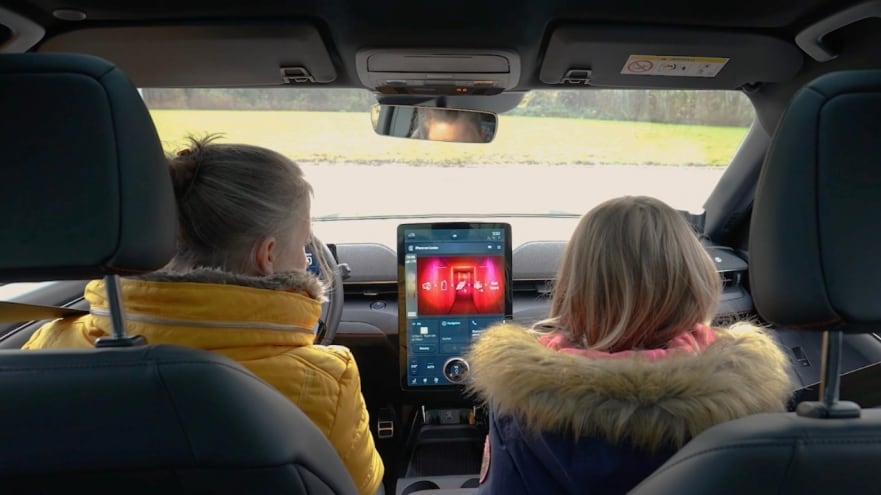 Ford recently developed a spy-themed concept game that allows Mustang Mach-E drivers to turn their cars into an escape room. According to Ford, the “escape room” concept was created to showcase how gaming can help vehicle owners become comfortable with their vehicle’s new functionalities.

The interactive game was developed by Ford’s Software Enablement & Research team and the IOT group in Palo Alto, CA. The game can be played on the Mach-E’s center touchscreen where users are tasked with guiding their way through a secret mission to deliver a package.

The game can be accessed through iOS devices that are connected to the car via Apple Carplay or through the Mach-E’s display. From there, players are given missions through the vehicle’s speaker system.

“This is a bit of fun that has a serious side, as it shows just what could be possible with the technology we have in cars today,” said Carsten Starke, technical expert in interior materials & customer experience for Ford Research & Advanced Engineering. “Having the ability to create interaction between vehicle and driver could open up new ways to explore other possibilities in the future, like an interactive owner’s manual or even driver coaching.”

Ahhhh, yes, another “the profit was right” moment. These never get old. On previous live streams, I have said that Tesla’s gaming capabilities make it the perfect getaway from your family and other responsibilities. It sounds like Ford has been tuning into the Business of Esports Weekly News Show. I think this is very cool. It looks like Jeff “The Juice” Cohen and Lindsay “The Boss” Poss owe me an apology. I could see this evolving over time. It could easily be as engrossing/immersive as a $60 box game. This is genius. I don’t care what anybody else says. They should make a “hard mode” where you can’t leave the car until you solve the puzzle. That would be intense.

(All information was provided by electrek)