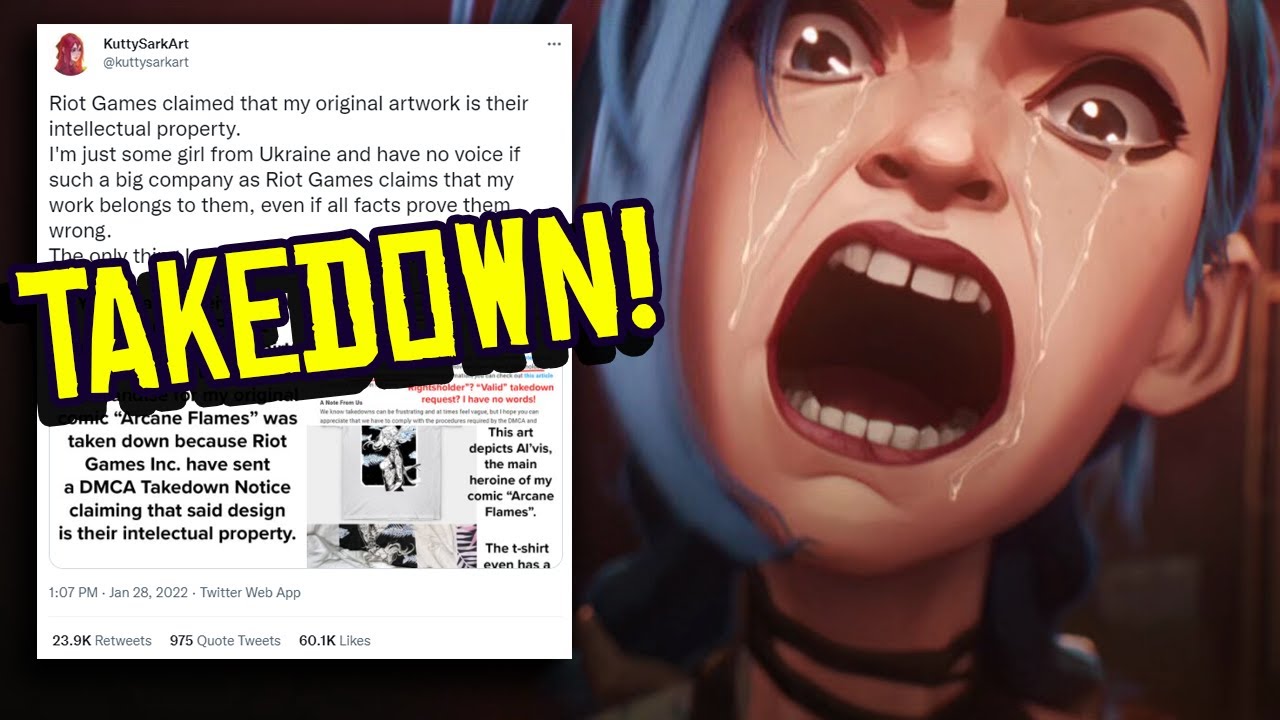 Riot Games is investigating a copyright-related takedown it issued to artist KuttySarkArt the last week of January. The takedown notice involves the artwork of one of KuttySarkArt’s original characters, on the merchandising platform TeePublic, for seemingly for using the word “Arcane” in the depiction. KuttySarkArt’s artwork depicts a character from their original comic series Arcane Flames. According to Riot, the company sent a takedown notice through TeePublic, claiming that the intellectual property of the design belonged to the company. The artist’s design centers around an original character that does not seem to resemble any from the various games Riot has published. The design includes “Arcane Flames,” the title of the comic series, underneath the art.

“While we’re investigating what happened here, it’s clear that this takedown request was made in error,” Riot said in an official statement. “We apologize for this experience and wanted to assure you all that we’re actively reviewing.”

The company also mentioned that “there are a number of teams and third-party agencies” that want to protect its intellectual property. Riot has since contacted the artist directly and is working with them to resolve the issue.

When KuttySarkArt reached out to TeePublic to fight the takedown, the response did little to provide clarity. “We are unable to reinstate this design because it was a DMCA takedown from Riot Games,” TeePublic reportedly responded.

TeePublic’s terms and conditions list that artists must abide by copyright rules, stating “the content you upload will not infringe the intellectual property rights or other rights of any person or entity.” The website encourages original art and concepts.

At the time of writing, the design taken down by Riot has not yet been put back up on TeePublic, where the strike originated. Riot’s progress in remedying this issue is unclear.