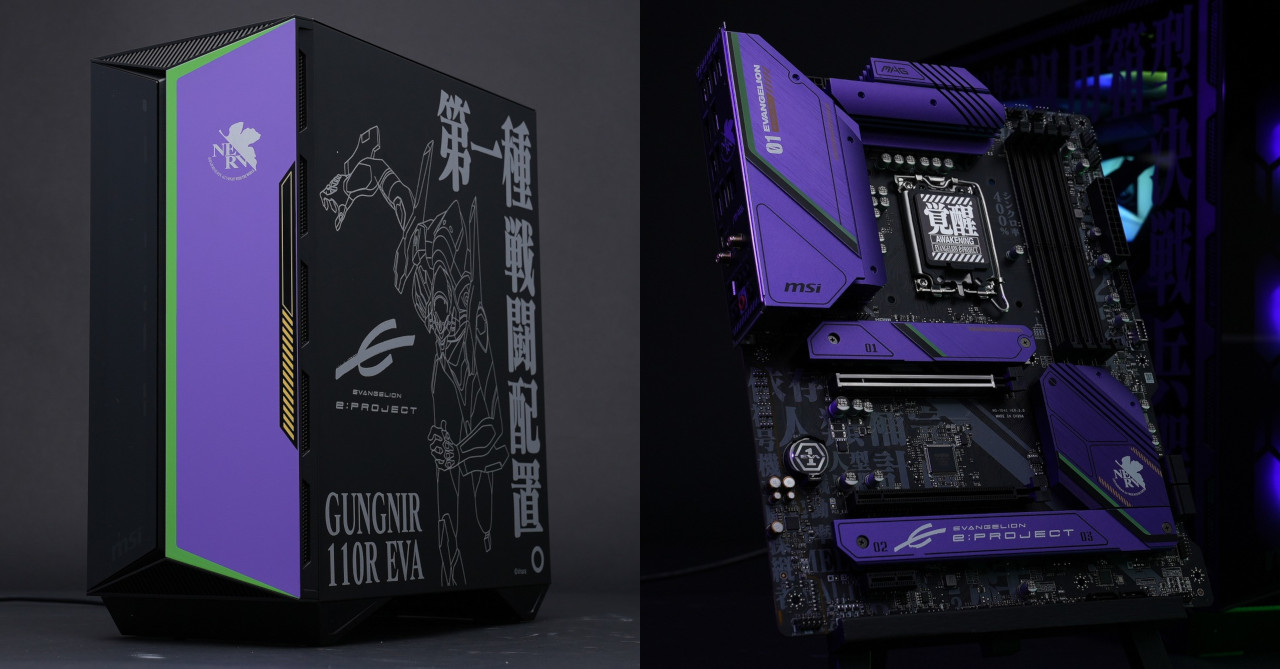 A new collaboration between MSI and esports brand Evangelion e: Project is bringing us computer hardware emblazoned with images and references to the immensely popular anime, Neon Genesis Evangelion. The collaboration includes a motherboard, liquid cooler, power supply, and PC case, all skinned to resemble the Evangelion Unit-01 that is piloted by the protagonist Shinji Ikari.

This limited-edition collaboration is done with existing MSI counterparts, so we already know the specs of these components. The Mobo will be MSI’s Mag B660 Tomahawk Wi-Fi that can support 12th-gen Intel processors and has four slots for DDR5 memory, featuring Evangelion Unit-01 accents all over.

The Mag Coreliquid C240 cooler is compatible with LGA 1700 sockets from Intel and AM4 sockets from AMD. The two-fan cooler also has ARGB lighting that can light up purple and green to match the rest of the components. MSI even put some Nerv branding on the cooler. The Evangelion collaboration will also re-skin MSI’s Mag A650BN non-modular power supply, which can handle up to 650W and was built with a 120mm fan.

Lastly, all the internal components can be housed in the mid-tower Mpg Gungnir 110R case. You can really emphasize the purple and green theme with its four pre-installed ARGB fans, but the case can support up to six fans total. The front I/O offers two USB-A ports, one USB-C port, and audio and mic jacks. But easily the most important feature is that the case has tempered glass on both the front and side panels so you can really put your love for Evangelion on full display.

As of right now, there are still no release dates or pricing details announced, but MSI recently tweeted that more info would be arriving in March.

(All information was provided by Input Mag)