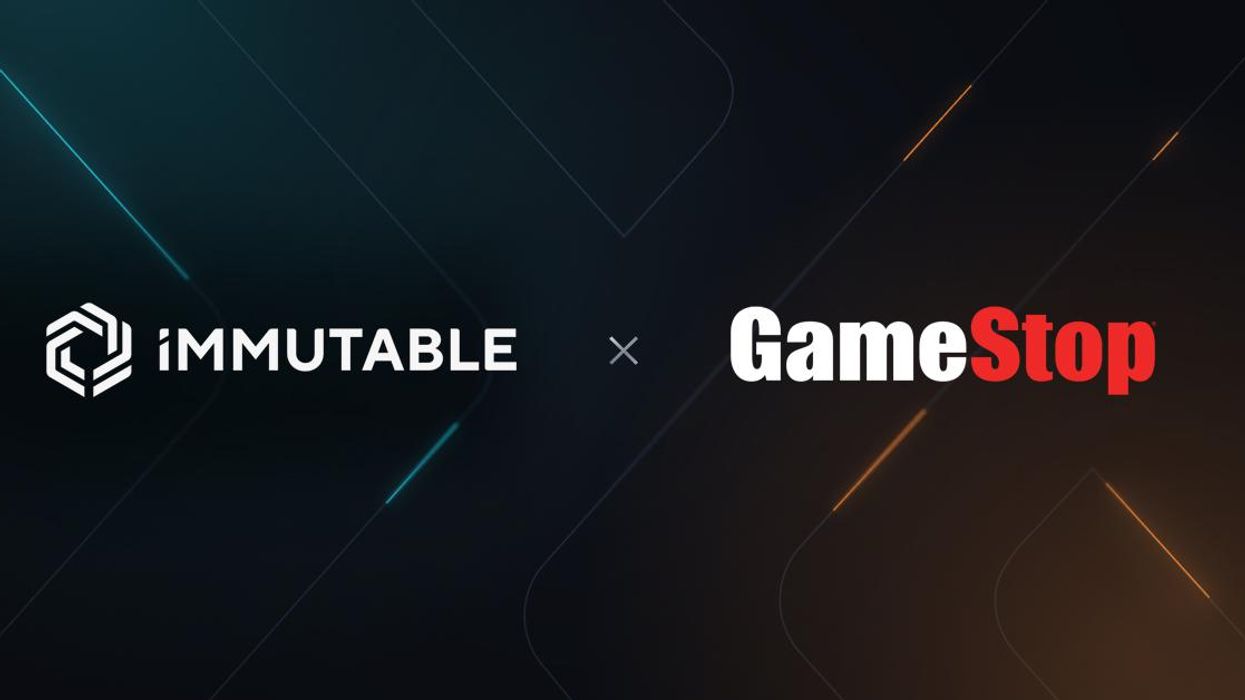 GameStop announced a partnership with Immutable X for the launching of its NFT marketplace, whom they picked because of Immutable’s “zero gas fees for trading and minting NFTs in a carbon-neutral environment.” GameStop said it would be tapping the layer 2 system, to be used atop Ethereum. GameStop plans for its marketplace to include “billions of low-cost, in-game assets that can easily be bought and sold,” specifically mentioning digital real estate and in-game skins to be included. Along with the marketplace news, GameStop and Immutable announced the launch of a $100 million fund dedicated to supporting Web 3 game development in its ecosystem.

“The GameStop mission is literally power to the players, and that is exactly what we’re trying to do here,” said Robbie Ferguson, Co-Founder of Immutable. “The $100 million is a minimum of what we’re doing.”

The marketplace is tapping Starkware for help with its back end, which is a zero-knowledge proof technology that can combine thousands of Ethereum transactions into one. GameStop has also partnered with Trace and Cool Effect to “offset its remaining carbon footprint,” in what could be a bid to avoid the backlash that’s become commonplace with mainstream NFT involvement.