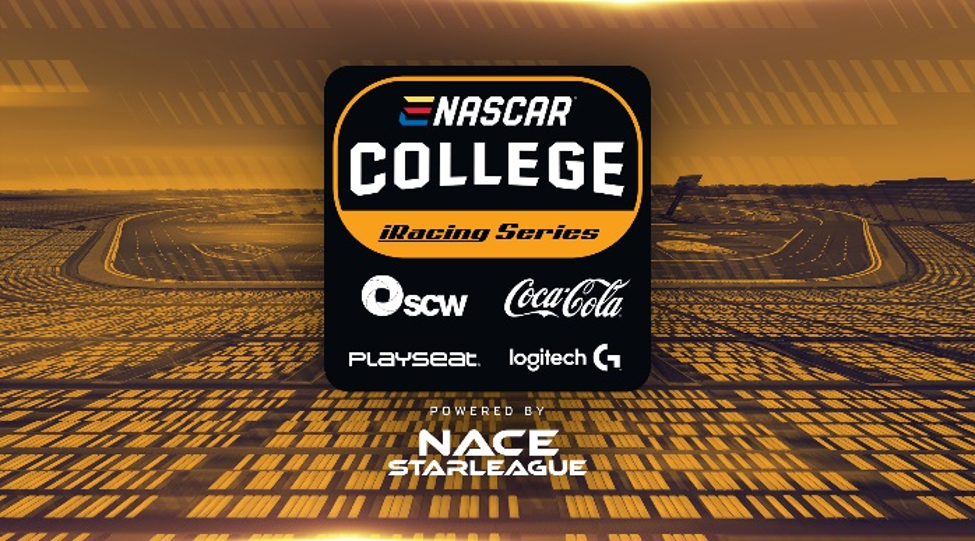 On February 15th, NASCAR announced it had partnered with the National Association of Collegiate Esports’ (NACE) Starleague to launch the eNASCAR College iRacing Series. This competition series, which is open to over 500 higher-education institutions throughout North America, will give aspiring drivers the chance to win $50,000 in scholarships.

Additionally, Coca-Cola, Southern Computer Warehouse, Playseat, and Logitech G will be the official presenters of the collegiate simulated-racing series. The series’ three races are scheduled to run throughout the Spring with the first event scheduled to take place on February 24th at the virtual Daytona International Speedway on the iRacing platform.

“Gaming and esports are an important component of NASCAR, allowing us to reach new fans who are often engaging with the sport for the first time,” said Nick Rend, Managing Director of Gaming and Esports at NASCAR. “Our various eNASCAR initiatives have seen exponential growth. We felt this was the right time to extend our reach to a younger audience and launch the eNASCAR College iRacing Series to show students the opportunities that sim racing and our sport hold for them.”

The National Association of Collegiate Esports is a North American gaming organization that serves over 180 schools in Canada and the United States. The NACE was founded in 2016.

(All information was provided by Esports Insider, NASCAR, and Wikipedia)