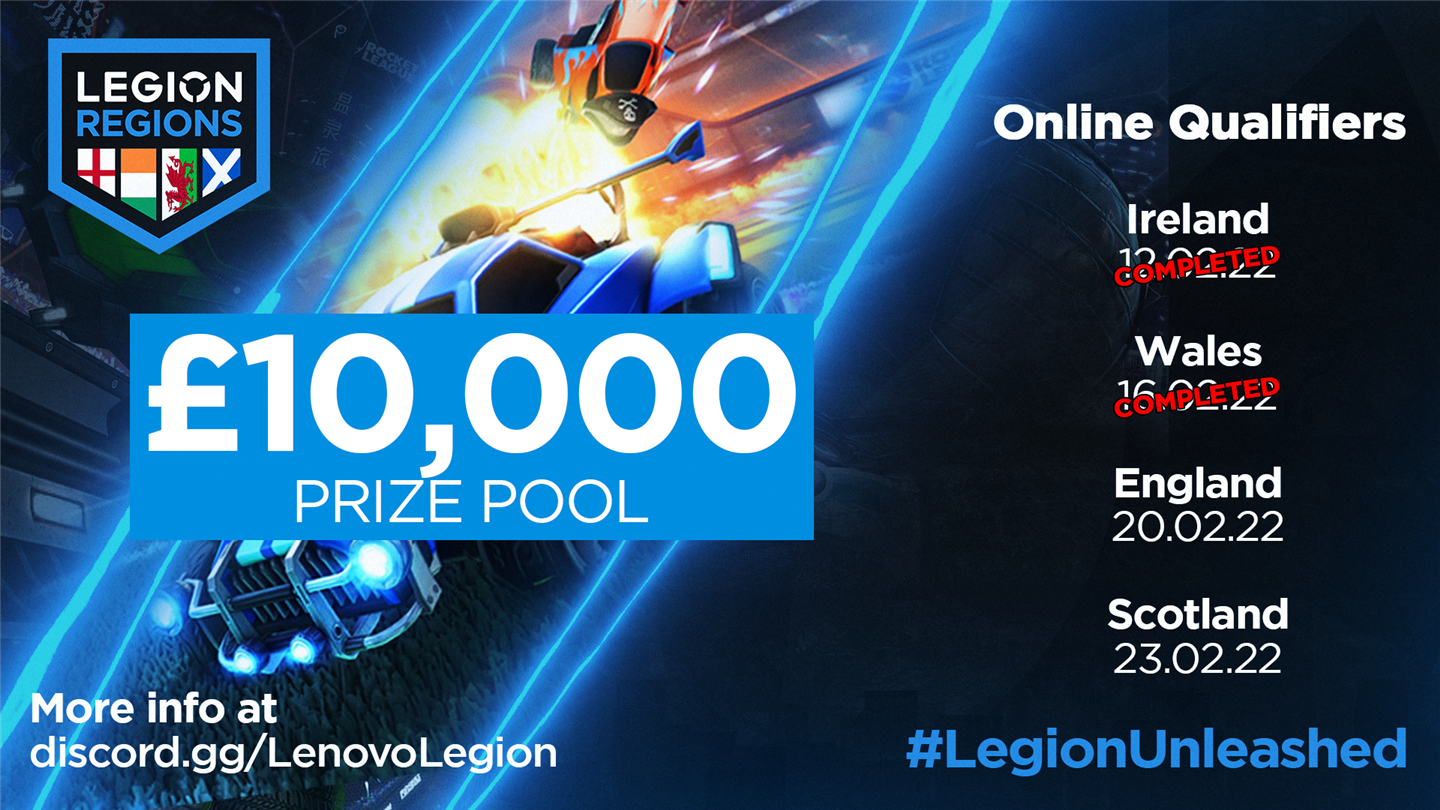 Lenovo Legion recently launched an online-only Rocket League tournament for gamers based in the United Kingdom and Ireland. This competition series is expected to feature a prize pool of more than $13,578.

Four online qualifier tournaments were held to cut down on the number of participants. These events took place on February 12th, 16th, 19th, and 23rd in Ireland, Wales, England, and Scotland. Players were allowed to choose which region they wanted to represent and could even take part in multiple qualifying events if they wanted to.

Each tournament produced two teams that will move on to the regional finals which will be held on March 5th. Teams that win their regional final will be rewarded with $1,358 and will progress to the grand finals. Runner-up teams will only receive $339.50.

These regional tournaments lead up to the grand finals on March 31st. The team that emerges victorious will win over $4,073. Second place will take home over $2,036 while the third-place finisher will be given a prize worth more than $678.