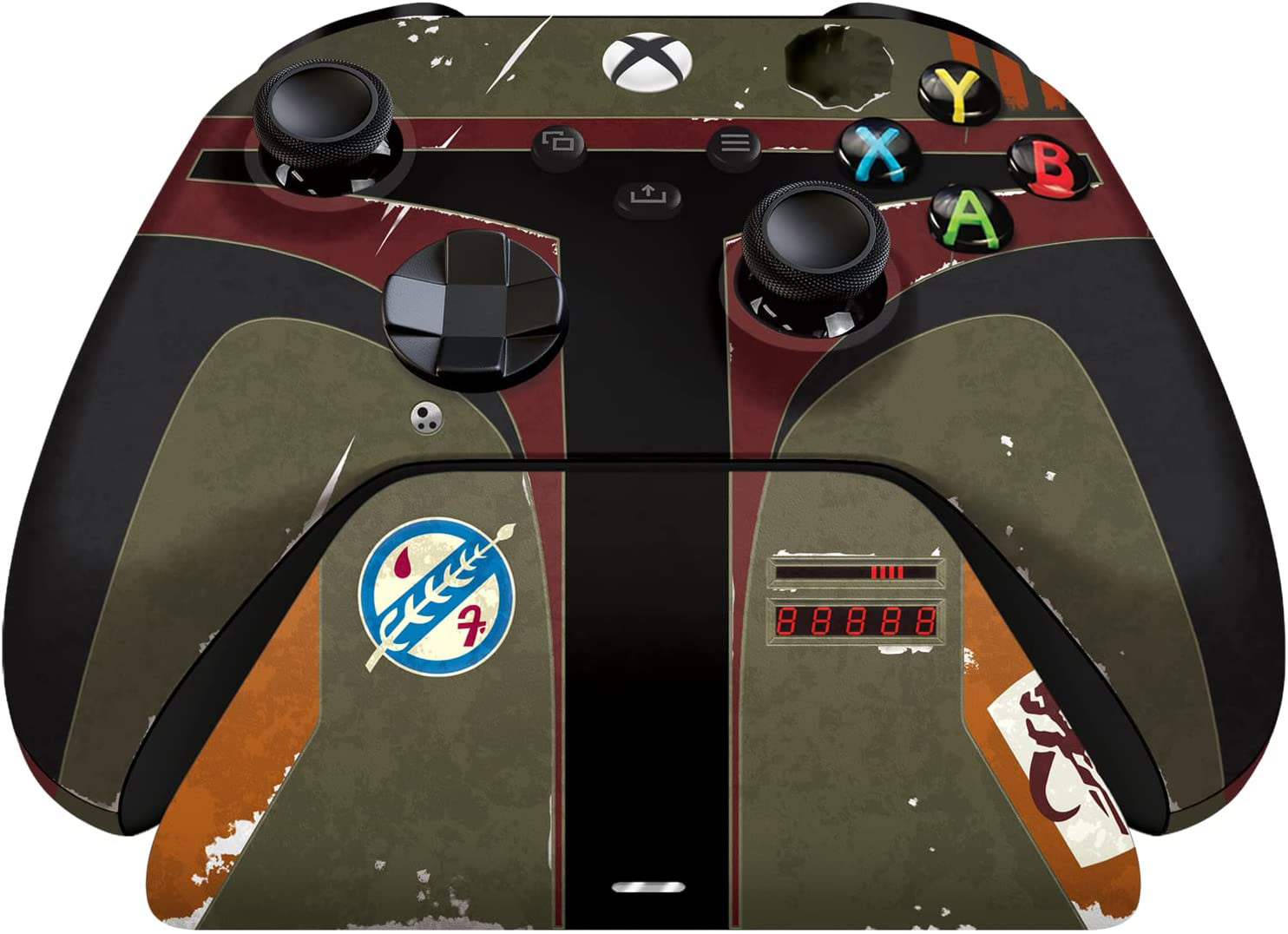 Microsoft recently joined forces with the peripheral company Razer to launch a series of Star Wars-themed Xbox controllers. These limited-edition products were based on two popular characters from the Star Wars universe: Boba Fett and the Mandalorian.

The Mandalorian controller’s design has been modeled after the Beskar armor worn by Mando, the show’s titular character. The product is silver with a metallic hue that is complemented by dark, blue-grey contouring. It comes with a charging stand that features the Mandalorian’s helmet.

The Boba Fett controller follows a design similar to the character’s helmet, which features a dark green hue with red and black accents. The charging stand for this accessory is slightly more detailed with a mythosaur skull, Jaster Mereel’s sigil, and an LED display that is similar to Boba Fett’s chest plate.

(All information was provided by Wikipedia and Yahoo!)