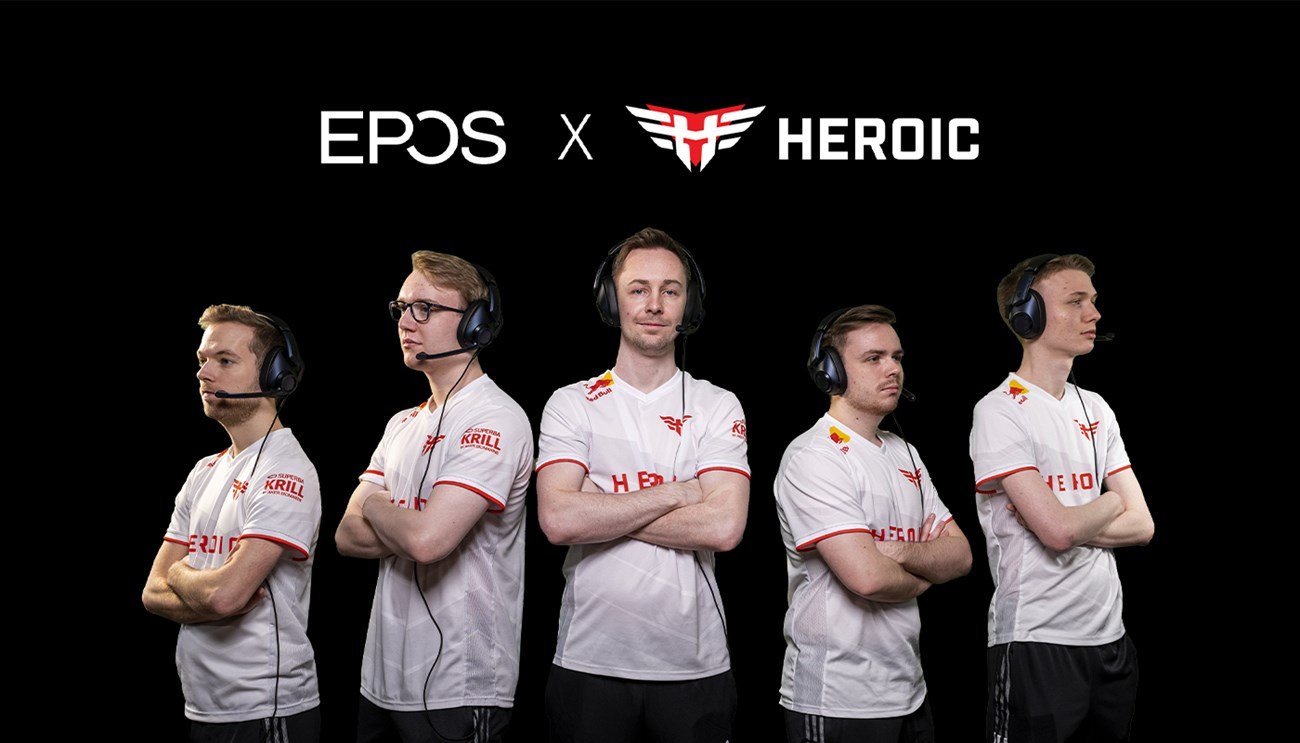 Danish Esports franchise Heroic have teamed up with the audio specialists EPOS, announcing a partnership that will equip Heroic’s players and facilities with an extensive range of EPOS headsets, microphones, and other specialist audio equipment. EPOS has been making significant moves into the esports industry in recent times, agreeing to other deals with Overactive Media and Cloud9 amongst other esports companies. Similarly, Heroic’s list of partners continues to grow with the company having already agreed deals with Cavea and Red Bull to support its teams in Rocket League, PUBG, CS:GO and in the sim racing arena.

“We’re really excited to start our partnership with Heroic and provide their players with premium audio equipment for gaming,” said Maja Sand-Grimnitz, Director of Global Marketing and Gaming at EPOS. “As two strong brands with roots in Denmark, Heroic and the EPOS brand are a great fit, and we are looking forward to unleashing the power of audio and support Heroics journey to the top this year.”

Alongside the provision of equipment, EPOS will have their logo displayed on the Heroic official team jersey and perhaps most excitingly for the team, their players will assist with EPOS in product development, meaning that these esports stars will get a direct input into the next generation of EPOS audio products.