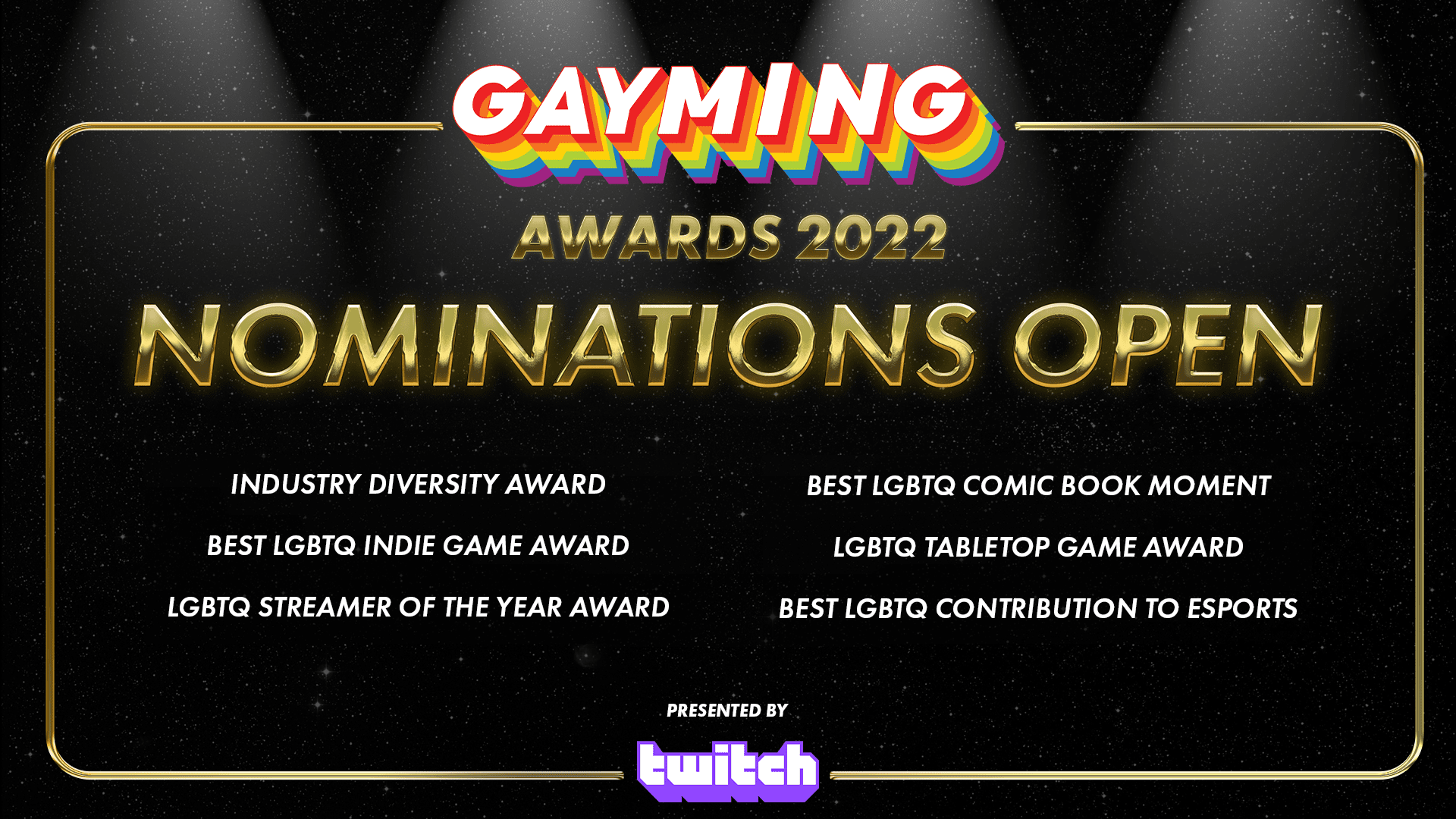 On February 6th, the nominees were announced for the 2022 Gayming Awards, an event that is considered to be “the first and only global award ceremony celebrating LGBTQ+.” Some of the categories being awarded this year include Game of the Year, Best LGBTQ Character of the Year, LGBTQ Streamer of the Year, and so on.

“This year’s line-up of games and nominees is hugely iconic and inspiring. It’s awesome to see how much LGBTQ representation there is in games and in the industry. I’m super excited to gather together and celebrate this amazing group of people and reveal the winners!” said Robin Gray, the founder of Gayming Magazine.

It was also announced that the Gayming Awards will be held on April 25th, 2022 at the Troxy Theatre in London, England. The event is expected to feature in-person attendance.

Members of the public were allowed to vote on two categories: LGBTQ Streamer of the Year, and the Gayming Magazine Readers’ Award. Voting for these awards closed on February 22nd. Still, tickets to the event can be purchased now.

A list of award categories and nominees can be found below:

Game of the Year – Sponsored by PlayStation

LGBTQ Streamer of the Year Award – Sponsored by Twitch