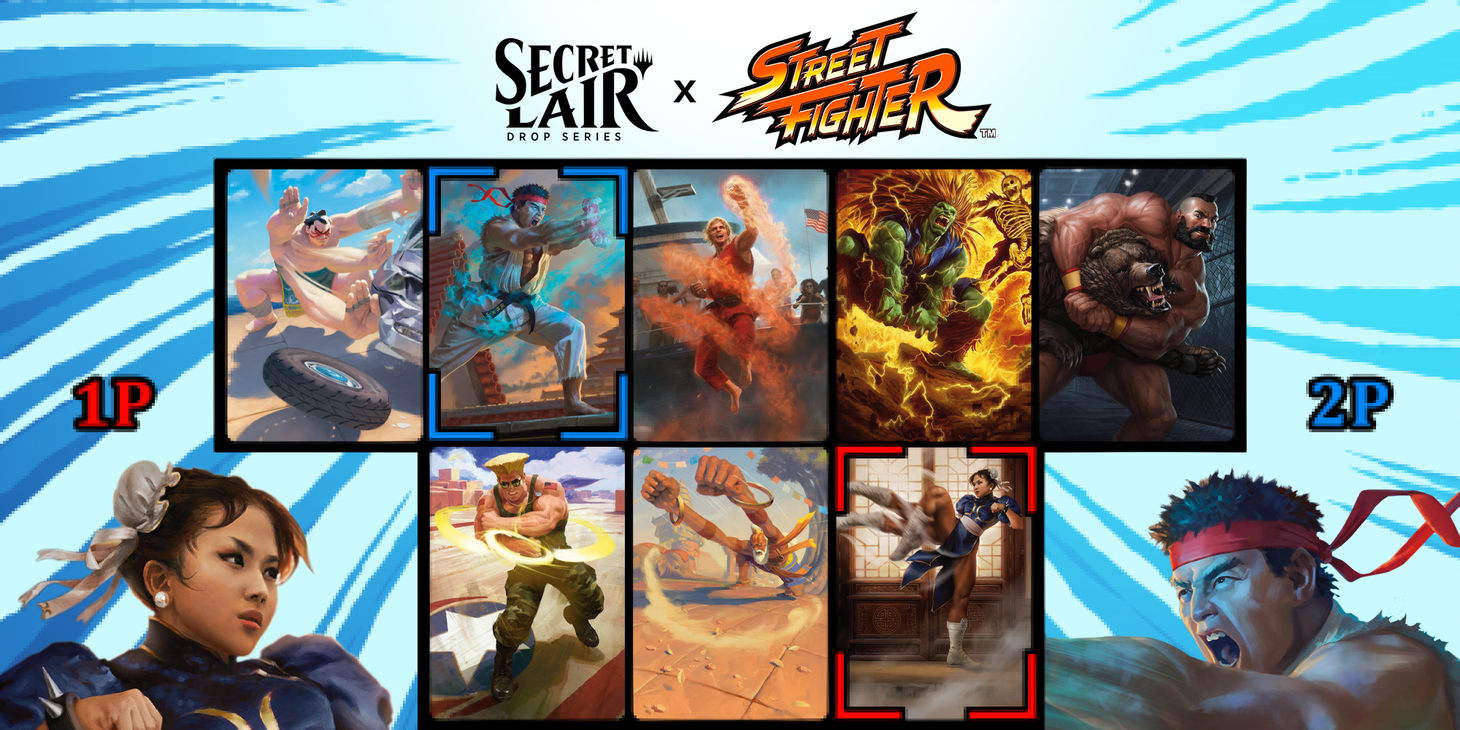 Magic: The Gathering and Street Fighter are collaborating on a series of cards called “Secret Lair,” featuring unique artwork by different artists and companies, with illustrations inspired by the skills of the fighters from the popular video game series.

The crossover card series will feature eight Legendary Creature cards, each representing one of Street Fighter’s main fighters. There will also be a secret card that will be revealed during the Capcom Pro Tour.

Secret Lair is now available for pre-order, with the series costing $39.99 for regular cards and $49.99 for their foil counterparts.

(All information was provided by SIV Telegram Media and Secret Lair)