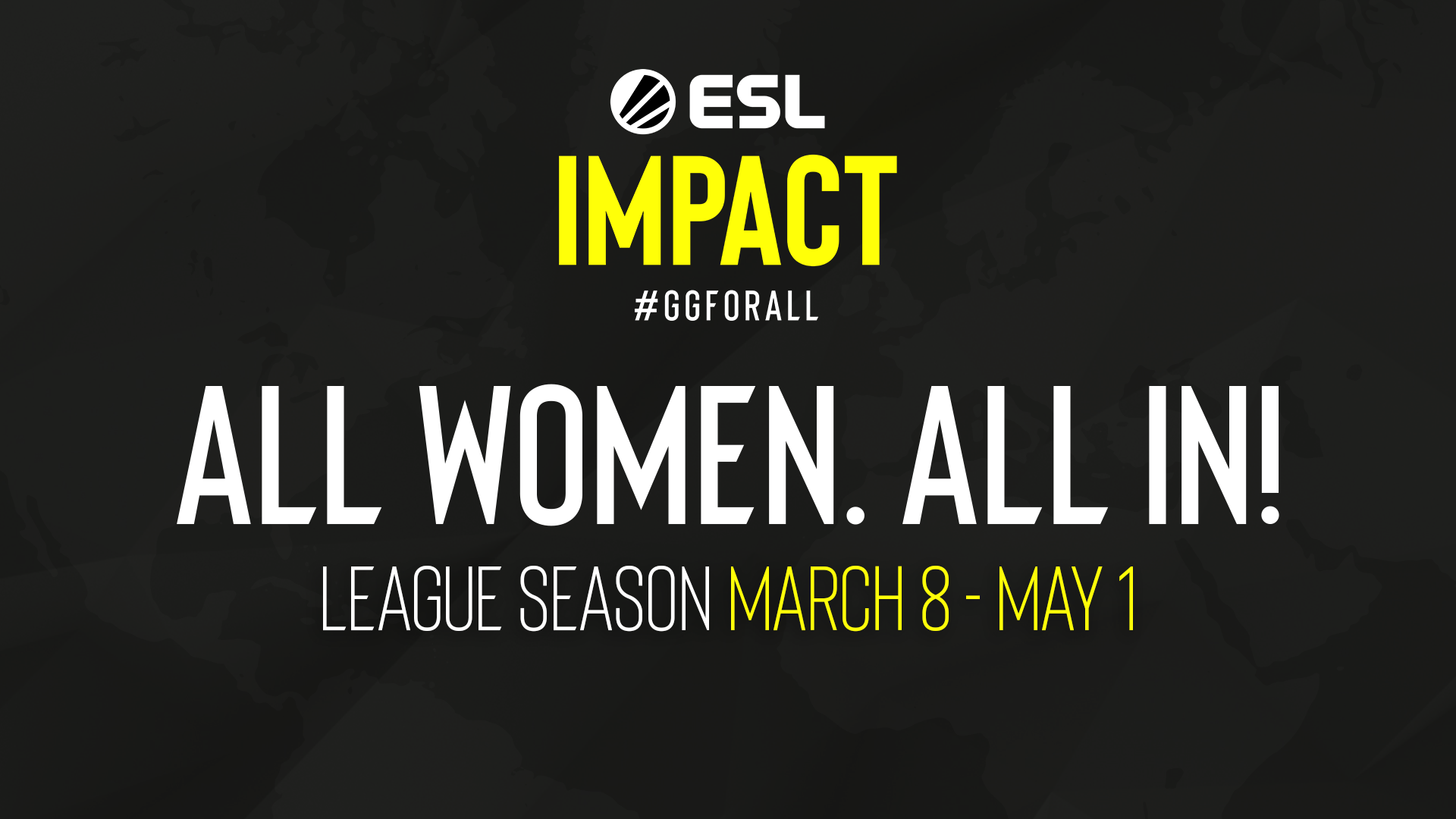 The video game tournament organizer ESL Gaming recently shared details for its upcoming CS:GO series for women, ESL Impact. We now know that the league will be split into two seasons that feature a combined prize pool of $500,000.

ESL Impact league matches will be played and broadcast on Thursdays and Fridays for six consecutive weeks beginning on March 17th, 2022. Each region will be comprised of eight teams that are split into two groups of four. These regional matches will be a best-of-three series following a round-robin format.

ESL Impact was formed as part of the #GGFORALL initiative that was announced last year. This aims to make the global gaming community more respectful, inclusive, and empowering.