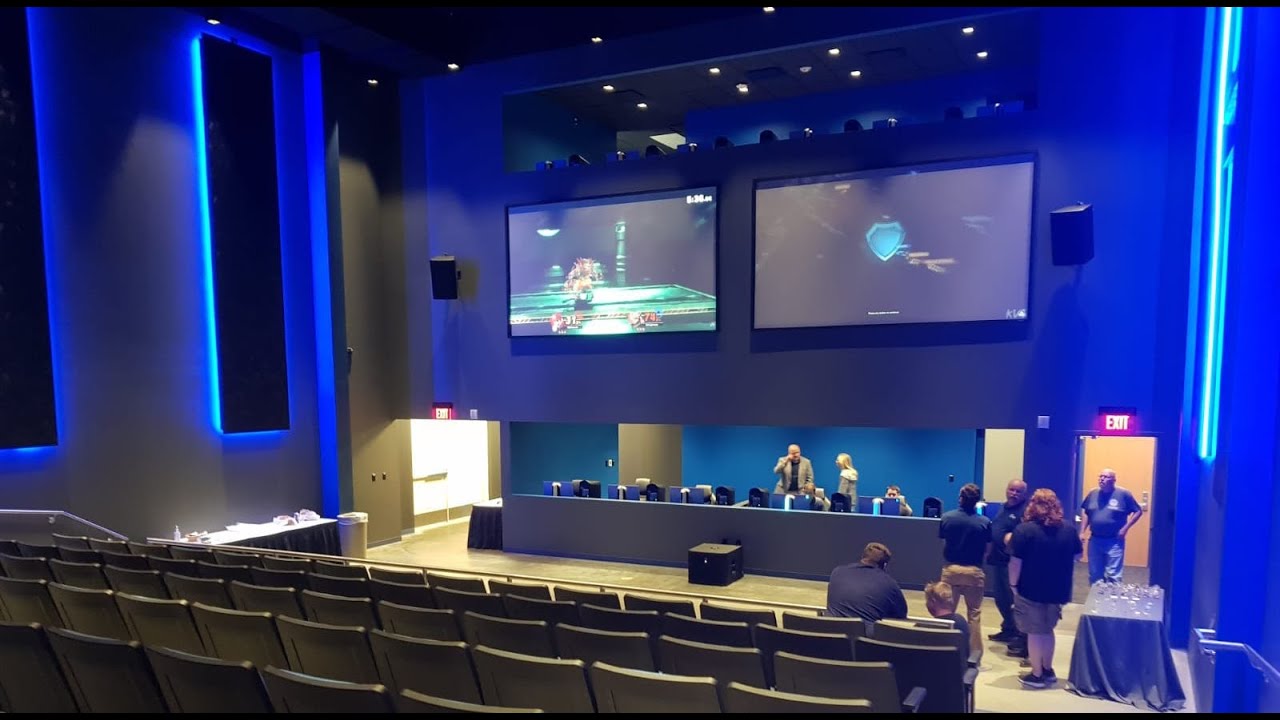 Southwestern Oklahoma State University was recently tasked with re-organizing a former racketball court into a state-of-the-art arena for the school’s esports team. To aid this project, SWOSU joined forces with Cory’s Audio Visual (a company based in Oklahoma City) to bring Panasonic technology to the venue.

SWOSU installed two Panasonic Laser Projectors as well as two Projector Zoom Lenses thanks to the help from Cory’s Audio Visual. As a result, the newly-renovated space, which can seat up to 113 people, will now be able to host massive esports competitions with live spectators and in-person attendance.

“Panasonic’s laser projectors are a game-changer for SWOSU’s Esports arena,” said Robert Howard, the Project Manager at Cory’s Audio Visual. “No other program in the U.S. – much less the state of Oklahoma – is equipped with high-caliber display technology that optimizes lighting conditions based on light level in gameplay. This install definitely put SWOSU on the map for Esports whereas we were just getting started before. The University is well on its way to becoming an influential force within the Esports community and expanding student engagement through team collaboration.”

Southwestern Oklahoma State University is a four-year public school with campuses located in Weatherford, Oklahoma and Sayre, Oklahoma. The university was founded in 1901.

(All information was provided by Sports Video Group and Wikipedia)