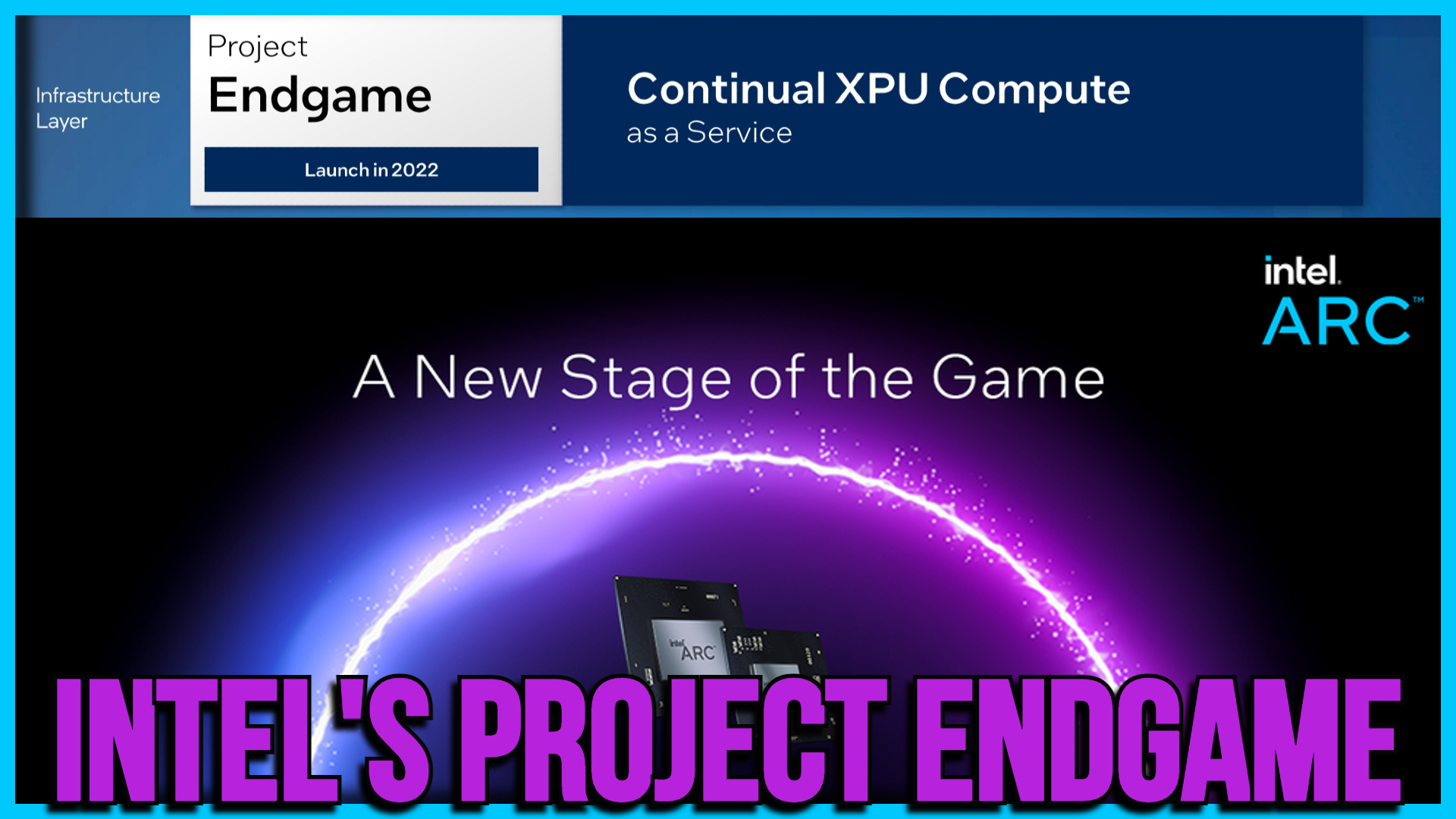 Intel’s online investor meeting in February was an opportunity for the company to lay out future plans for the business. Company reps spoke about CPUs and GPUs before hopping on the topic of their own Project Endgame, a new cloud gaming service that appears to be Intel’s answer to Nvidia’s GeForce Now or Microsoft Cloud Gaming. Intel has revealed more about Project Endgame, which it hopes will make cloud gaming a much smoother, better endeavor.

“Intel is determined to lower the barriers that can sometimes make PC gaming difficult today,” wrote Lisa Pierce, Graphics Software Engineering Director at Intel. “Game compatibility issues, long download times, high-performance variability, and frequent patches and updates are just a few. Solving these requires investments and innovations in software technologies like cloud computing and global services. Project Endgame is a unified services layer that harnesses computing resources everywhere – cloud, edge, and your home, to improve your gaming, and non-gaming, PC experiences. With Project Endgame, we can untether our users from their local hardware specs. Project Endgame is paving the roads for the next decade of real-time GPU experiences for Intel, with the goal of petaflops of compute accessible at a few millisecond latency, and starting in Q2 of this year we will take our first public steps.”

Pierce’s statement was vague but does seem to hint that Project Endgame will go beyond a traditional streaming service. The current iteration of GeForce Now, as an example, allows you to remotely rent an Nvidia PC to stream games to your supported screen. Project Endgame sounds similar, but it could have a larger scope, beyond games. This means we could see applications for complex computations without having to own a computer that can handle them. Artists could rent something to run their preferred programs.

This is still just more speculation based on the drips of information Intel is giving out. Given it was answered leading up to the Arc presentation on March 30th, perhaps we’ll find out more concrete information about the new service then.

0 comments on “Could Intel’s Project Endgame Be A PC Streaming Service That Transcends Just Gaming?”