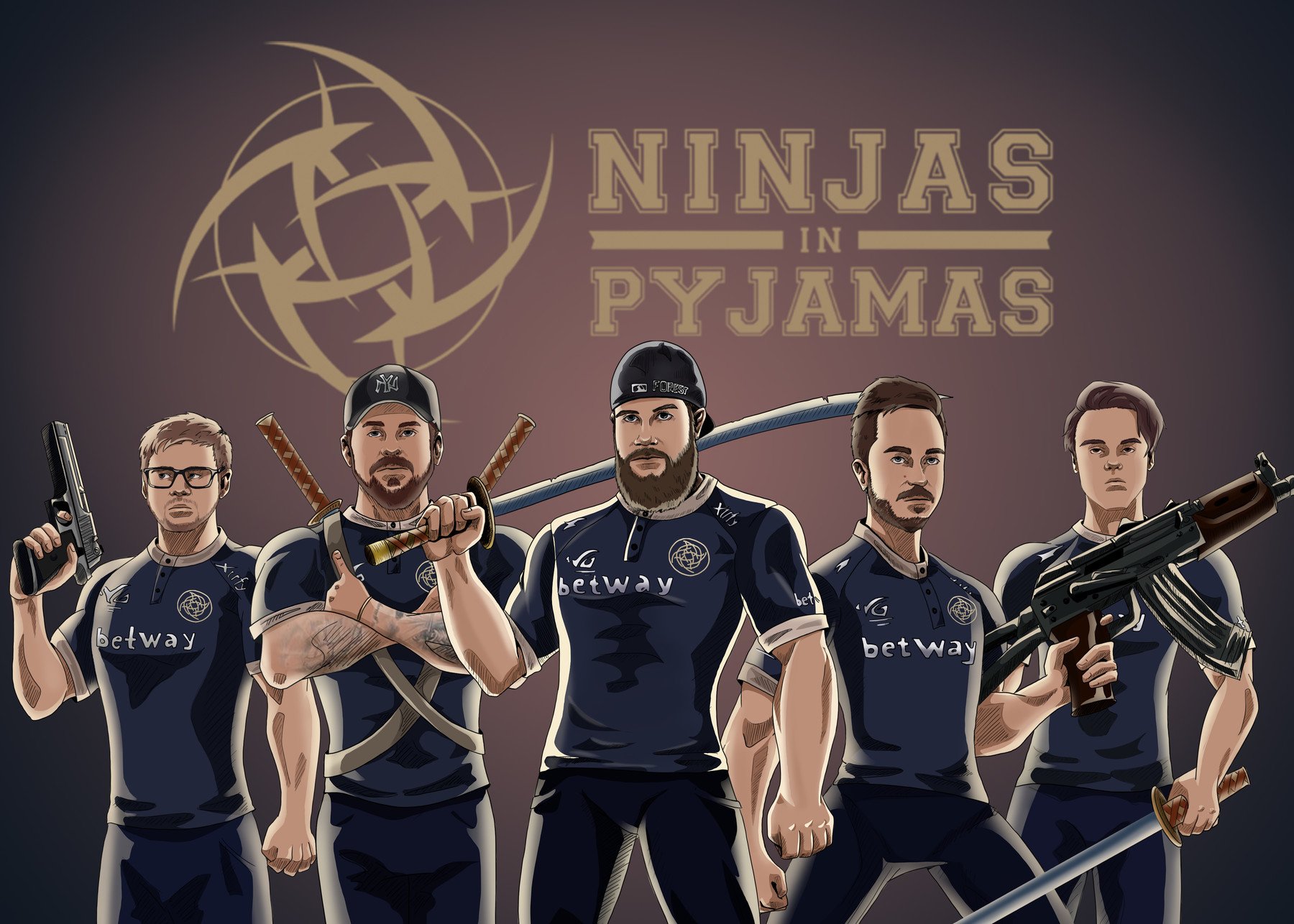 Ninjas in Pyjamas has decided to start making pajamas! After almost 22 years of operations, the world-famous Swedish esports organization has finally released a line of nightwear clothing.

These black, silk-effect, polyester two-piece outfits come embroidered with a neon Ninjas in Pyjamas logo as well as a heated print on the front right-hand side. It’s all a part of NIP’s Welcome to the Club campaign, which allows pajama purchasers to receive a digital version of the clothing. While it isn’t clear how these digital assets will be distributed, we can all breathe a sigh of relief because Ninjas in Pyjamas has not yet used the dreaded term “NFT” to describe these goods.

“We’ve been working so hard on making a perfect product–and after a lot of sampling, we finally did it,” said Laura Rojas, the head of apparel and merchandise at NIP. “Pajamas are a natural extension of our brand and with a new visual identity, we just had to do it.”

At this time, it only appears that NIP will be making casual wear clothing. As a result, Forbes is reporting that NIP esports athletes will not be wearing these articles of clothing during any future video game competitions.

There are only a limited number of Pajama sets, so don’t expect them to come cheap. They are currently retailing for $110 each.

Maybe they should have waited a little bit longer. I just hope they didn’t jump the gun after 22 years. At least this isn’t another hoodie. I bet EVERY OTHER esports team makes pajamas now. That’s just what happens in this industry.