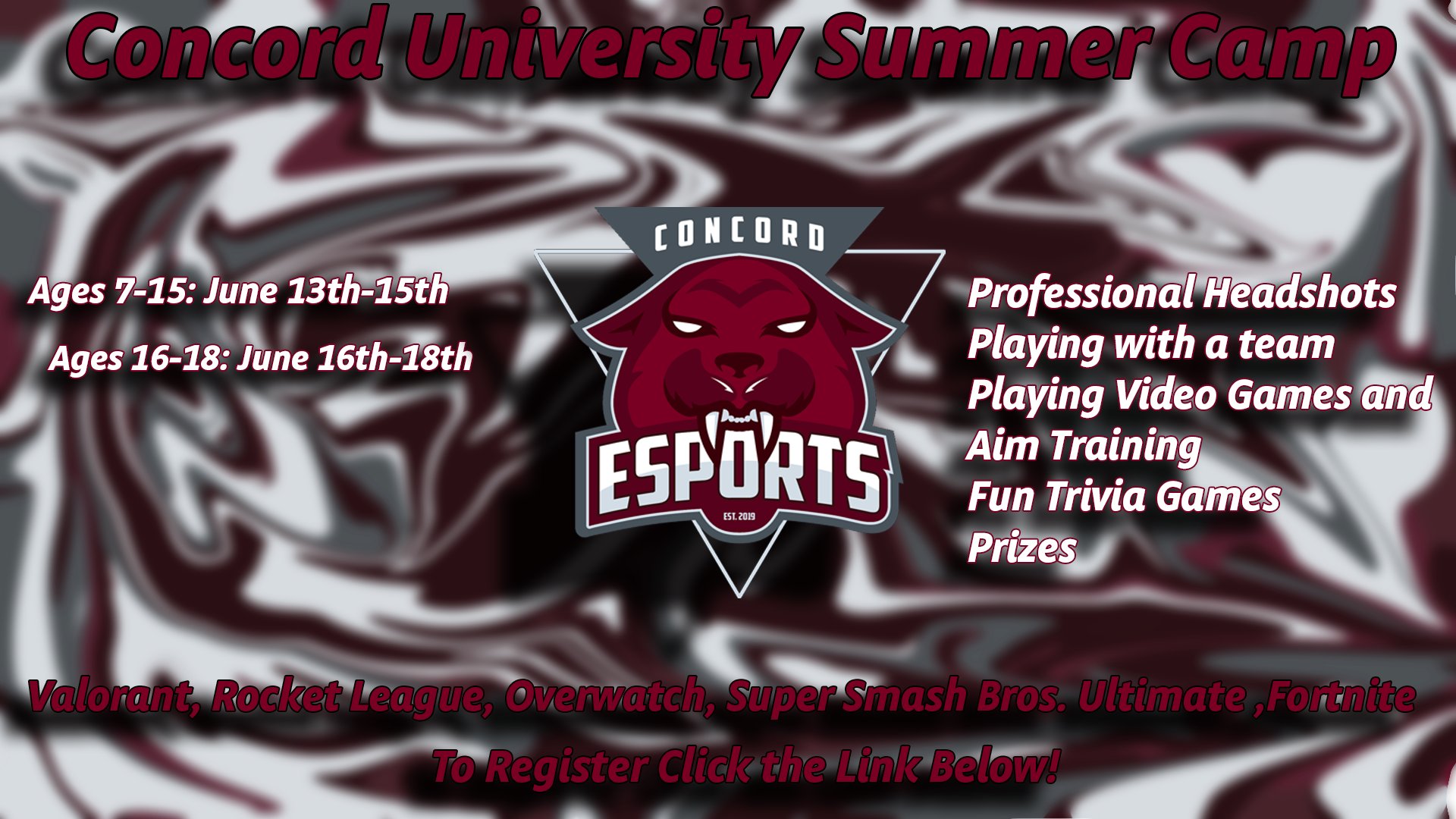 Concord Esports and HyperX have teamed up to host two youth summer camps, both of which will be held at Concord University’s esports facility located in the Rahall Technology Center on the Athens Campus. The camps will be divided into two age groups, the first (Group A) is set for June 13th to the 15th for kids ages 7-15, while the second camp (Group B) will run from June 16th to the 18th for ages 16-18. Activities will be held from 8 AM to 5 PM daily for both camps.

“This is an exciting program for your child to play and practice like a professional esports player,” said Austin Clay, Director for Concord Esports. “Youth esports players should attend so they can learn and improve their skills. Also, it’s a way to get your name in front of Concord Esports and put yourself on our radar.”

The second camp, he said, will serve as a recruiting opportunity for older students.

Clay adds that while providing youth esports players with an opportunity to sharpen their abilities, the camps are also a way to spotlight and cultivate esports in the state. Clay added that along with having fun and improving their esports skills at the camps, participants will learn about teamwork, leadership, and sportsmanship.

Organizers are hoping to have 30 students per camp. Current Concord esports players will be working with the campers. The games offered during the camps include VALORANT, Rocket League, Super Smash Bros. Ultimate, Fortnite, and Overwatch. Campers can expect to create and play with their own team, play video games and have aim training, enjoy fun trivia games, and be eligible for prizes. Each will also have a professional headshot taken.

The cost to attend the camp is $150 per person and advance reservations are required.

(All information was provided by Lootpress)