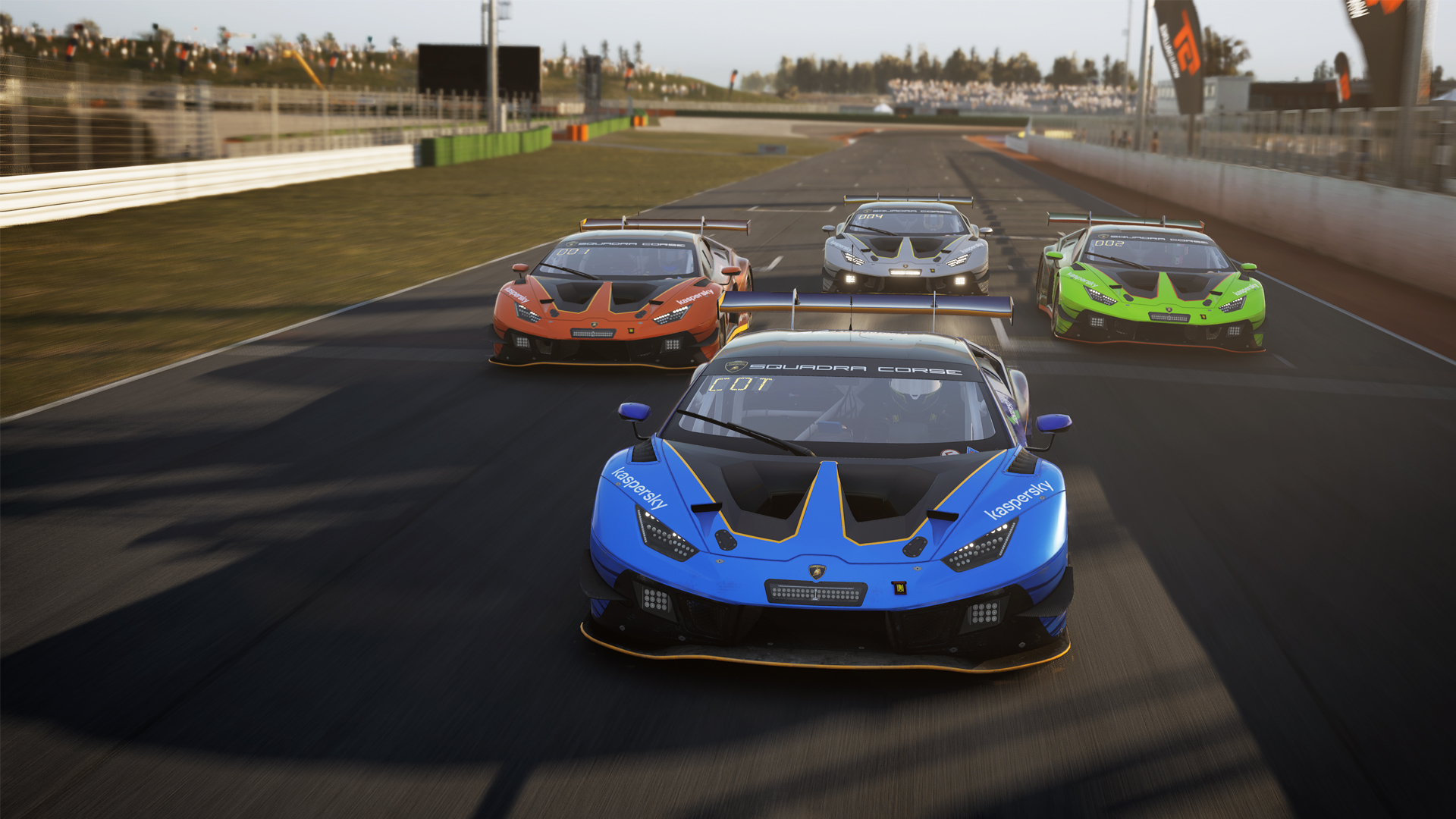 Lamborghini decided to create its own official team to build on the valuable experience gained with The Real Race, the virtual one-make championship that debuted in 2020. The esports team, which will represent the brand during the 2022 season in international sim racing competitions, constitutes a further opportunity to expand the brand’s presence in a sector that is constantly developing, highly competitive, and offers the chance to experience emotions comparable to those of a real race.

“Sim racing is an important platform in today’s motorsport scene,” said Giorgio Sanna, Head of Motorsport at Automobili Lamborghini. “Video games were born to allow those who didn’t have opportunities for real-life racing to impersonate the professional drivers. Now, after several decades of development in the industry, simulated racing is getting closer and closer to its real-life counterpart and now has nothing to envy from professional motorsport. Moreover, sim racing is an additional tool for us to develop some of the fundamental aspects of real racing, such as car setups and software applications that will play an important role in the future of our brand.”

Sim drivers Sherratt and Giglioli will compete together in the GT World Challenge Esports Sprint Series Europe, and Simonini will join the pair to form the crew for the 2022 Intercontinental GT Challenge Esports Endurance Championship.

The Sprint calendar consists of five races and starts on April 6th with the Misano race. The last appointment is set for August 3rd, with the grand finale scheduled in the virtual version of the Autodromo Nazionale di Monza.

Lamborghini has also confirmed the return of The Real Race for 2022. The dates of the third edition of the one-make Lamborghini Esports series will be announced in the coming weeks.

(All information was provided by TheNewsMarket)