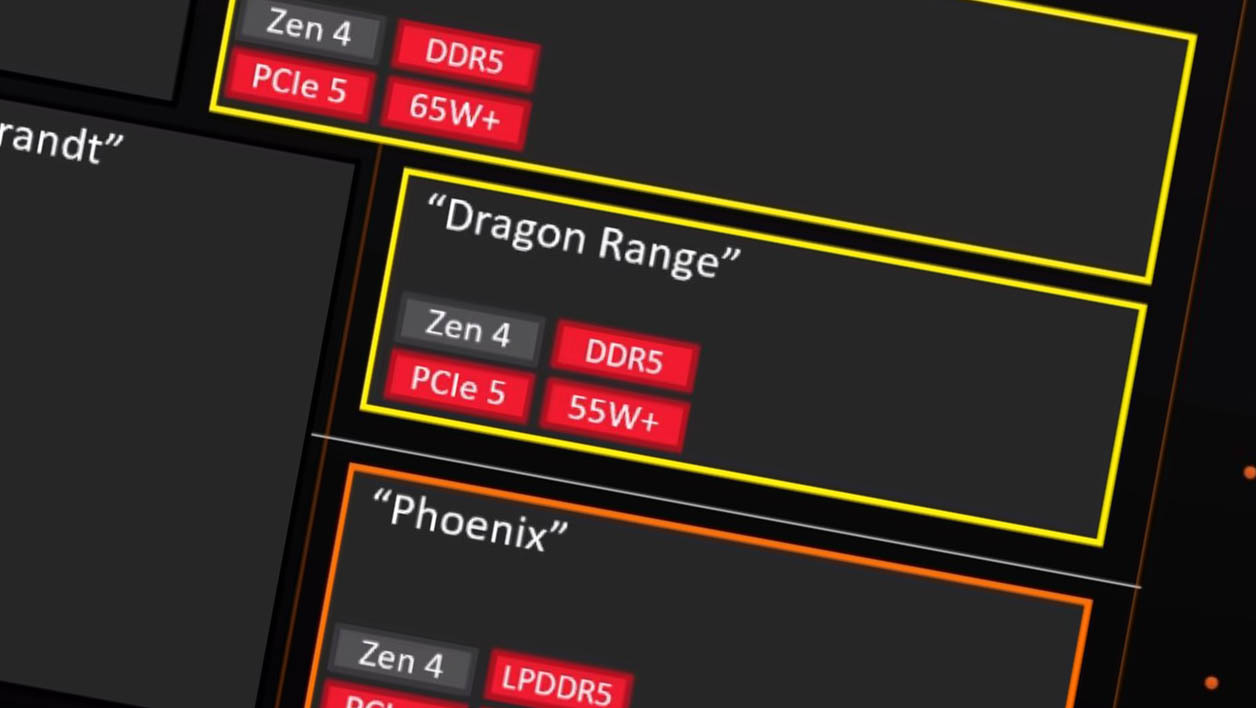 AMD announced that it’s building a new CPU aimed at the “pinnacle of gaming performance” with the “highest core, thread, and cache ever.” The new CPU line is codenamed “Dragon Range,” and they’ll live exclusively at 55W TDP and up — enough power that they’ll “largely exist in the space where gaming laptops are plugged in the majority of the time,” said Robert Hallock, Director of Technical Marketing for AMD.

The CPUs are designed for laptops that are at least 20mm (0.78-inches) thick, while the 35-45W “Phoenix” line is aimed at machines thinner than that same mark. Both are part of the same AMD Ryzen 7000 series, based on the same Zen 4 architecture, and unfortunately, it appears both won’t arrive until 2023. Zen 4 will begin its life as the desktop exclusive “Raphael” later this year.

AMD says that Dragon Range will take up the “HX” suffix for CPUs but hinted that we shouldn’t take the higher TDP as a sign that they’ll totally be ditching power efficiency for performance. They’re estimated to be “notably more power efficient than other laptops in that competing timeframe,” says Hallock.

Hallock says the new chips are an opportunity the company thought it could pursue alongside thin-and-light gaming. “The performance per watt story you’ve been hearing from us will continue into the future as well,” he added.