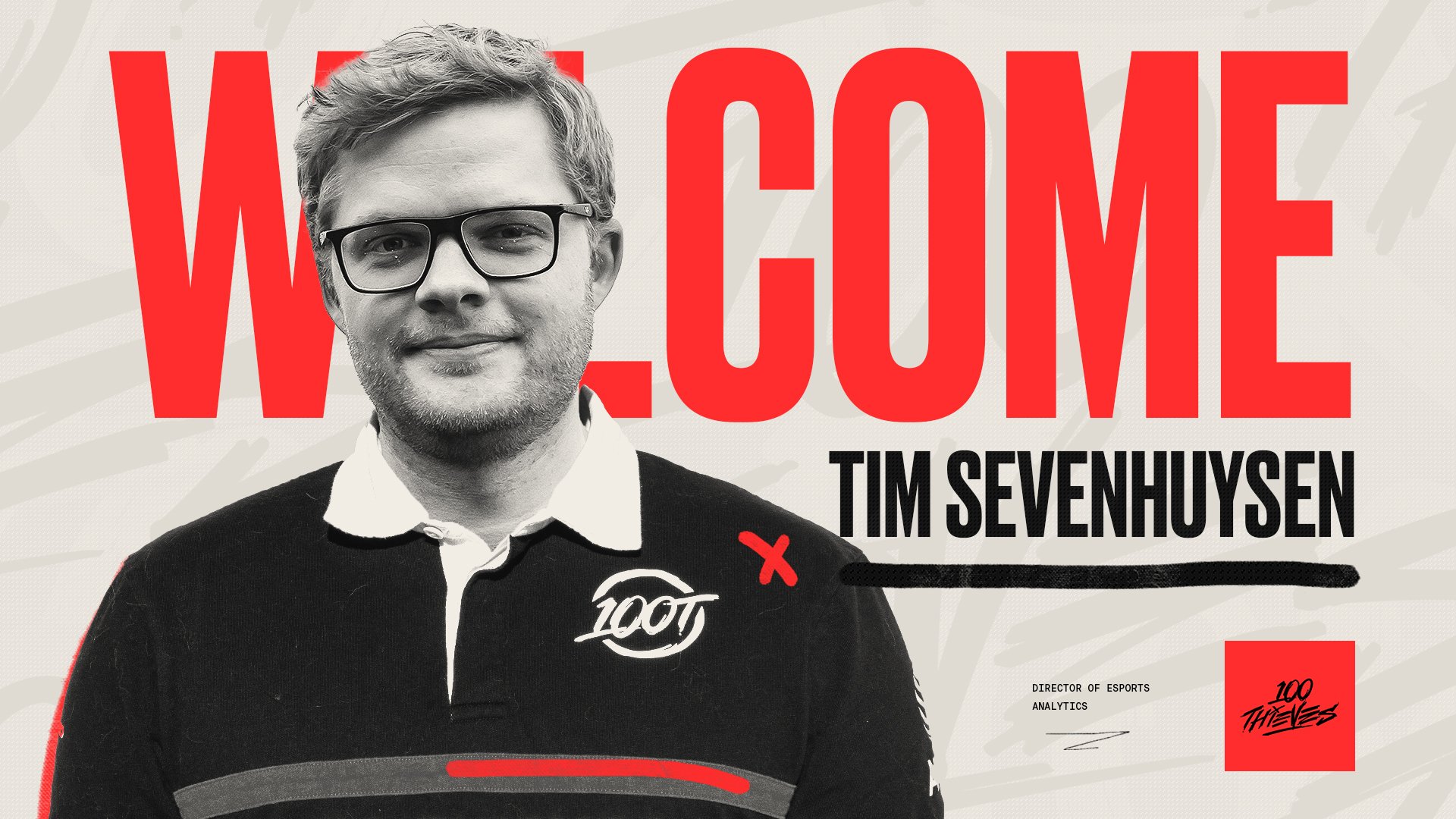 100 Thieves announced the appointment of Tim Sevenhuysen, the founder of Oracle’s Elixir, as their new director of esports analytics. In this role, Sevenhuysen will be tasked with preparing the organization’s rosters for competition “with an emphasis on player development and scouting.” This role won’t be limited to just one title, as Sevenhuysen is expected to take his analytics-driven approach to roster construction with all 100 Thieves titles and competitions.

Following his appointment, Sevenhuysen wanted to assuage the fears of many who thought he might shut down or begin neglecting Oracle’s Elixir, the online hub for advanced League of Legends stats and analytics. In a statement, he assured people that the site will not be affected by his hiring, and that he will continue to maintain the site “as a service, resource, and hub for the LoL esports community.

Meanwhile, 100 Thieves has been doing well in recent competitions, but according to founder and owner Nadeshot, the key to winning even more is by establishing a more analytics-driven focus across all of the organizations esports titles.

It remains to be seen just how much better this new analytics-based strategy will help, but all things considered, it appears they’ve got the right man to help lead the way.