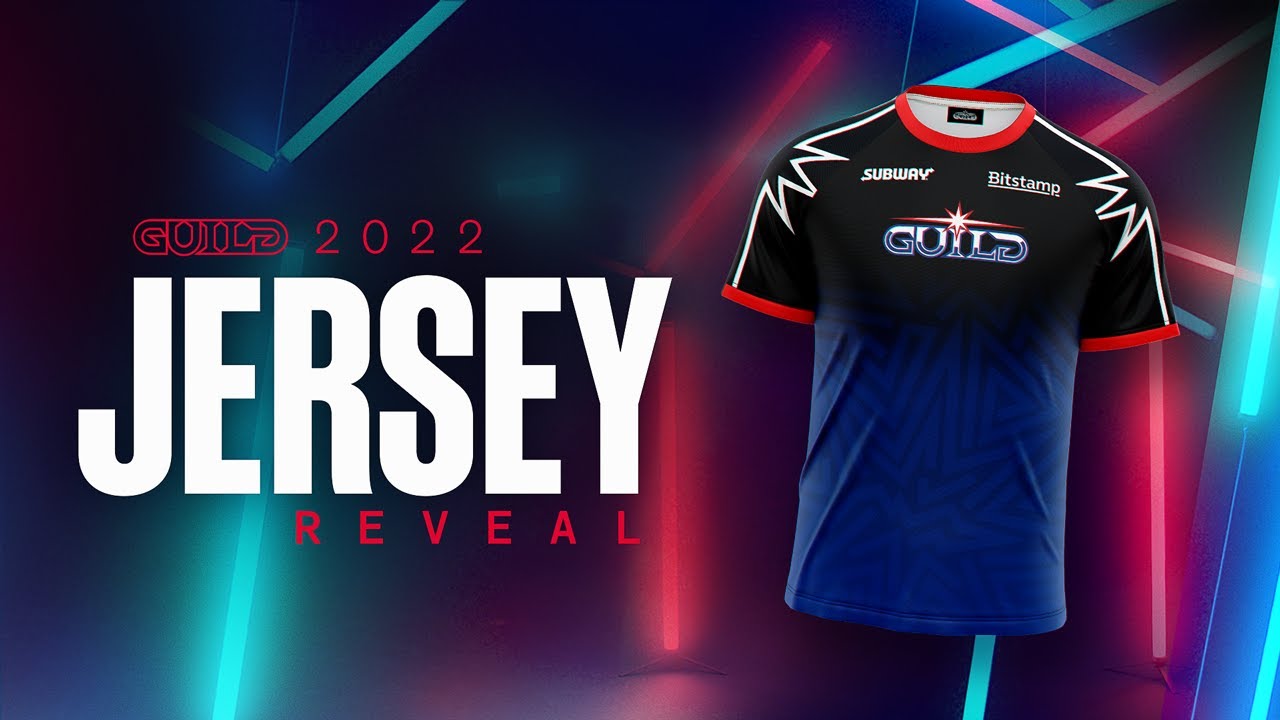 Guild Esports has unveiled their new jerseys which will be worn by all of their esports teams. The design features Guild’s star iconography and colors, with the body of the jersey spotlighting a “deconstructed geometrical abstract star pattern” inspired by street art and mural artists like Aaron De La Cruz and Keith Haring. The new uniforms were created by Guild’s design team which wanted to take influence from traditional sports jerseys. It also features the logos of Subway and Bitstamp, two of Guild’s biggest partners.

“Over the past year we have been developing our teams and expanding our pro gaming roster, with an Apex Legends team and Guild X – our women’s VALORANT team,” said Kal Hourd, CEO of Guild Esports. “This, along with the opening of our HQ later this year and the exciting campaigns we have coming up with our partners, made it the right time for us to design a new team jersey that represented the ambitious direction that we are going.”

Guild says that the jerseys will help them “forge a new level of excellence in competitive gaming, entertainment, and culture, and reach new audiences, fans, and international markets.”

The jerseys will be showcased for the first time by Guild’s VALORANT team during the VALORANT Champions Tour.