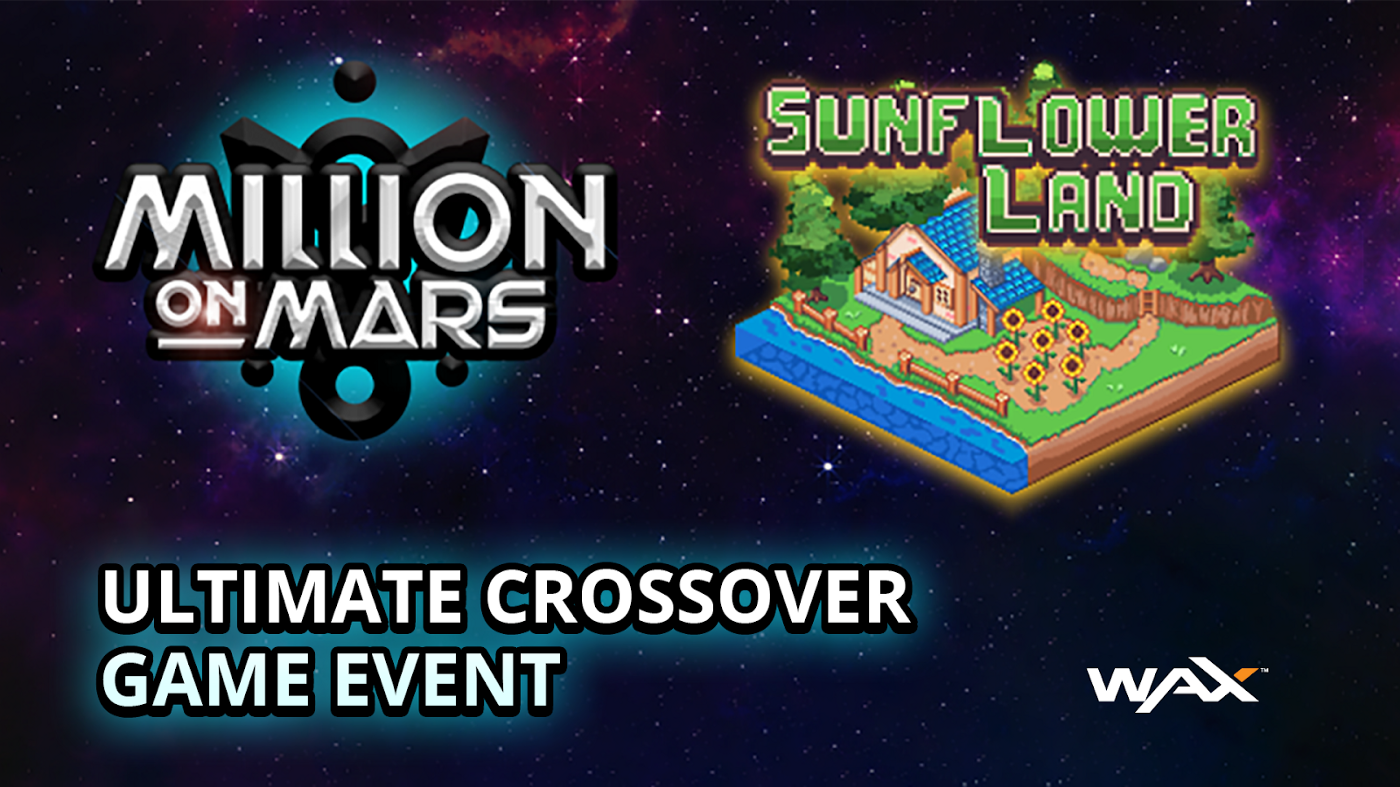 Web 3 games Million on Mars and Sunflower Land have announced a first-of-its-kind crossover event, which will see both play-to-own crafting games enable gameplay across two different networks (Million on Mars on the Wax blockchain and Sunflower Land on the Polygon blockchain). The event will allow players of either game to undertake quests and crafting experiences in one game, and finish in the other game, unlocking in-game tools, prizes, recipes, and more.

“We’re really interested in creating experiences with other products and games in the Web 3 space, especially if they are on other blockchains as it helps lay the foundation for interoperability between experiences,” said Adam Hannigan, CEO of Sunflower Land. “As a Web 3 project what we are doing with this crossover is truly the first-of-its-kind and a true differentiator.”

The event began on May 24th and will run for 30 days. Both companies say that interoperability will remain in place after it’s over, and that they will monitor how the community receives this event.

Both parties also announced that they plan to host more crossover events in the future as well.