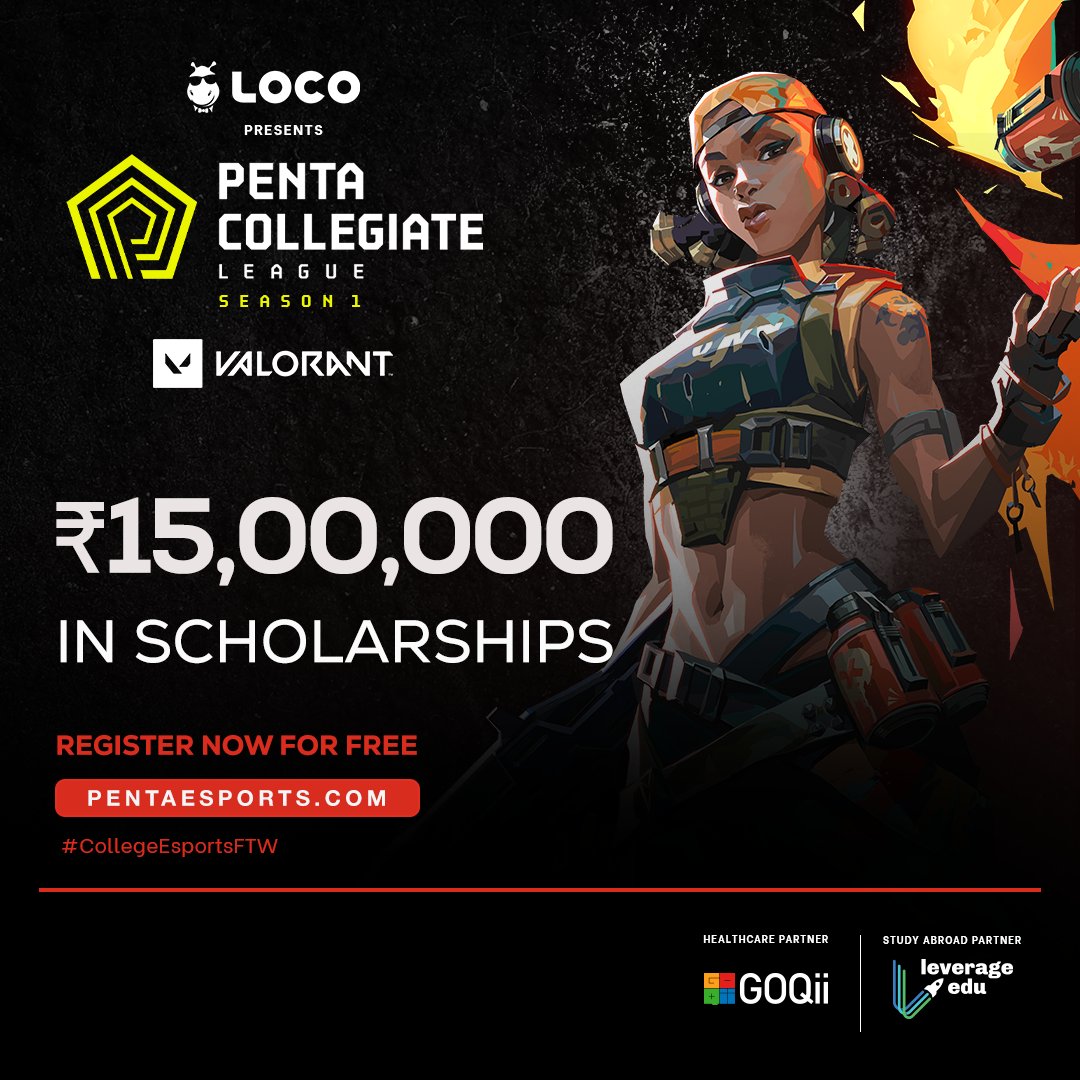 Penta Esports recently announced it had partnered with Loco to create a new college esports league in India. The Penta Collegiate League presented by Loco will be a tournament and competition platform for Indian college students that will see matches streamed exclusively on Loco.

The first season of the Penta Collegiate League will feature two popular esports titles: VALORANT on PCs and Battlegrounds Mobile India on mobile devices. This league aims to give out more than $38,000 in scholarships.

The first season will have qualifiers for both frames. Registrations for the Penta Collegiate League close on June 19th. The first PCL matches will take place on June 21st.