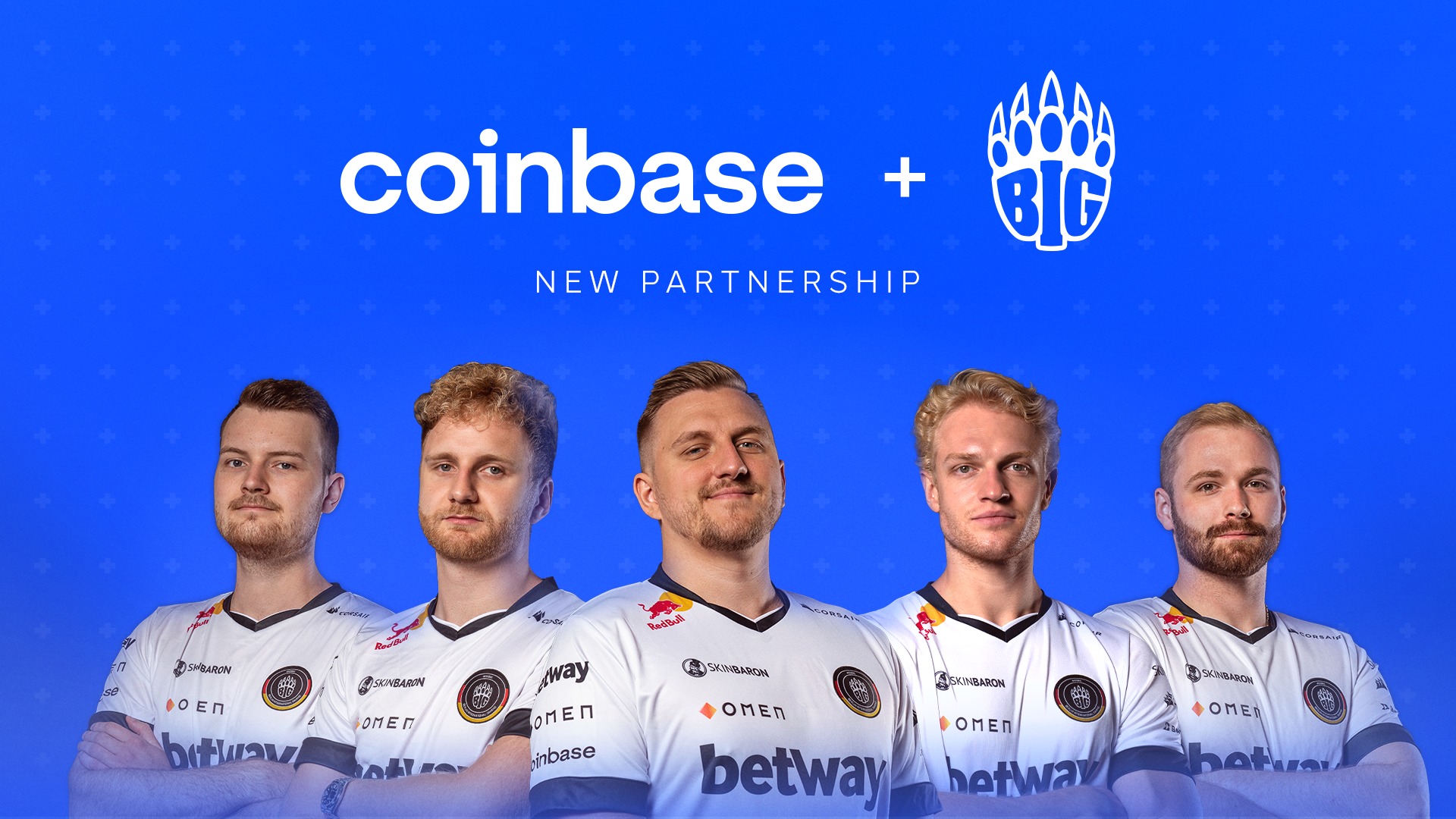 Berlin International Gaming (BIG) recently announced it had agreed to extend its partnership with Coinbase for BIG’s CS:GO team. As a result, Coinbase has replaced Betway as the sponsor featured in the center of BIG’s CS:GO jerseys. This marks an extension of the partnership that was first formed between the two sides in 2021.

“The financial scope of the partnership demonstrates that the acquisition of the BLAST Premier and ESL Pro League Partner slots in 2021 proved to be the best decision we could have made,” said BIG CEO Daniel Finkler “Together with Coinbase, we will compete in the largest and most prestigious esports competitions globally.”

At this time, the financial details of this agreement are not yet known. However, BIG’s official announcement claims this is a “multi-million dollar deal.”

Berlin International Gaming is arguably the most famous German esports company on the planet. The organization was founded in 2017.

(All information was provided by Gamelevate and LinkedIn)