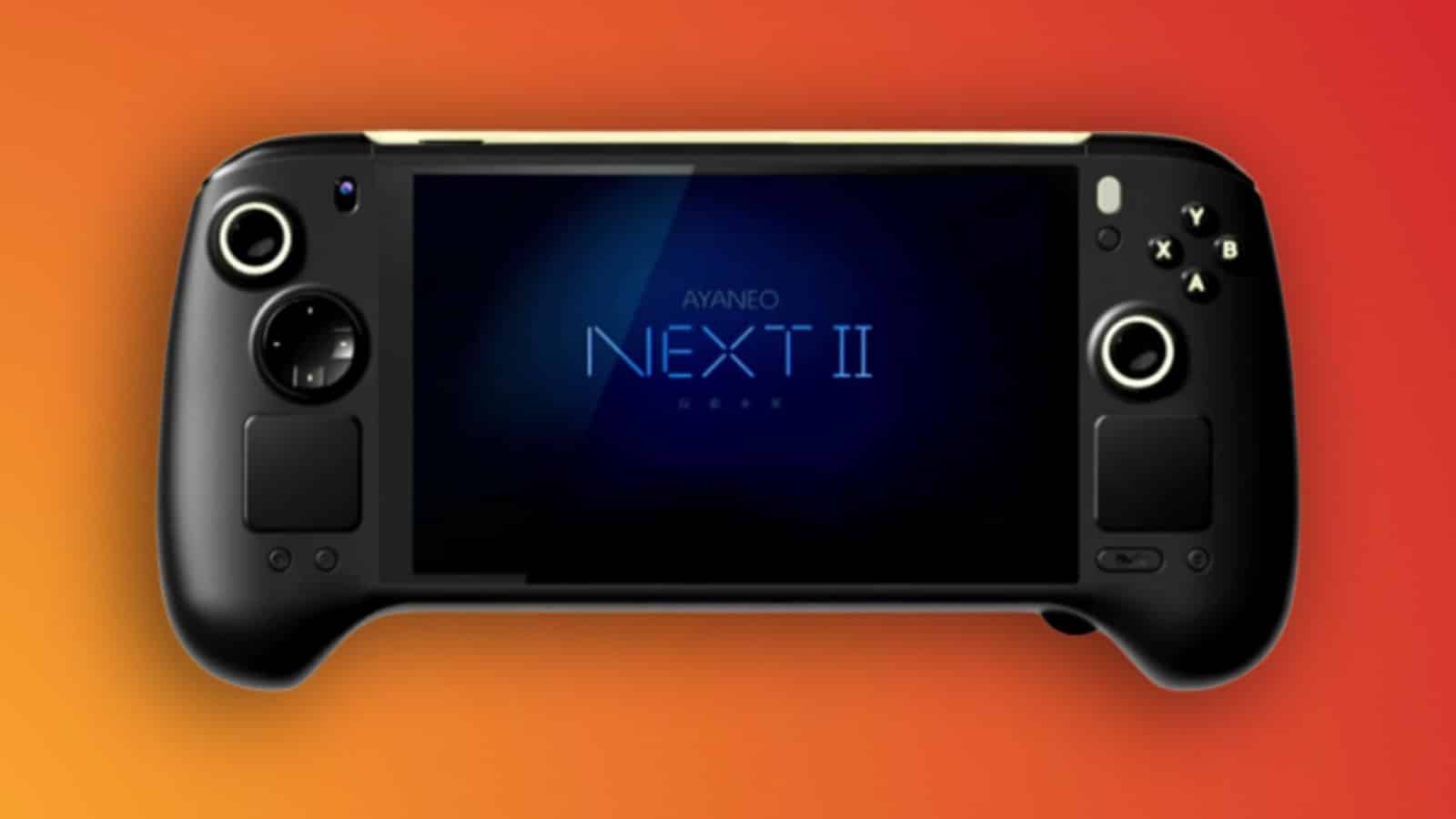 Ayaneo has just unveiled its newest handheld gaming PC, the Ayaneo Next 2, which is the first of its kind to contain a discrete graphics card rather than relying on the integrated GPU inside an APU. It’s been rumored that we will see various combinations offered, such as an Intel Alder Lake processer paired with an Arc GPU or AMD Ryzen gaming CPU alongside Radeon 6000 graphics card. While we’re still short on specifics at this time, it has been confirmed that the graphics card will be removable, which is always a plus.

The Ayaneo Next 2 features an analogue stick with a backlight, an RGB strip along the back, and a wheel attached to the bottom-right handle, which most likely defaults to adjusting the Windows volume. It also includes trackpads, which could be an indication that Ayaneo is preparing the Next 2 for Valve’s SteamOS and its verified list of Steam games.

The Ayaneo Next 2 is schedule for a late-2022 release, with the premium model expected to cost upwards of $1,000. A budget model is also planned, which should be closer to the $300 range.