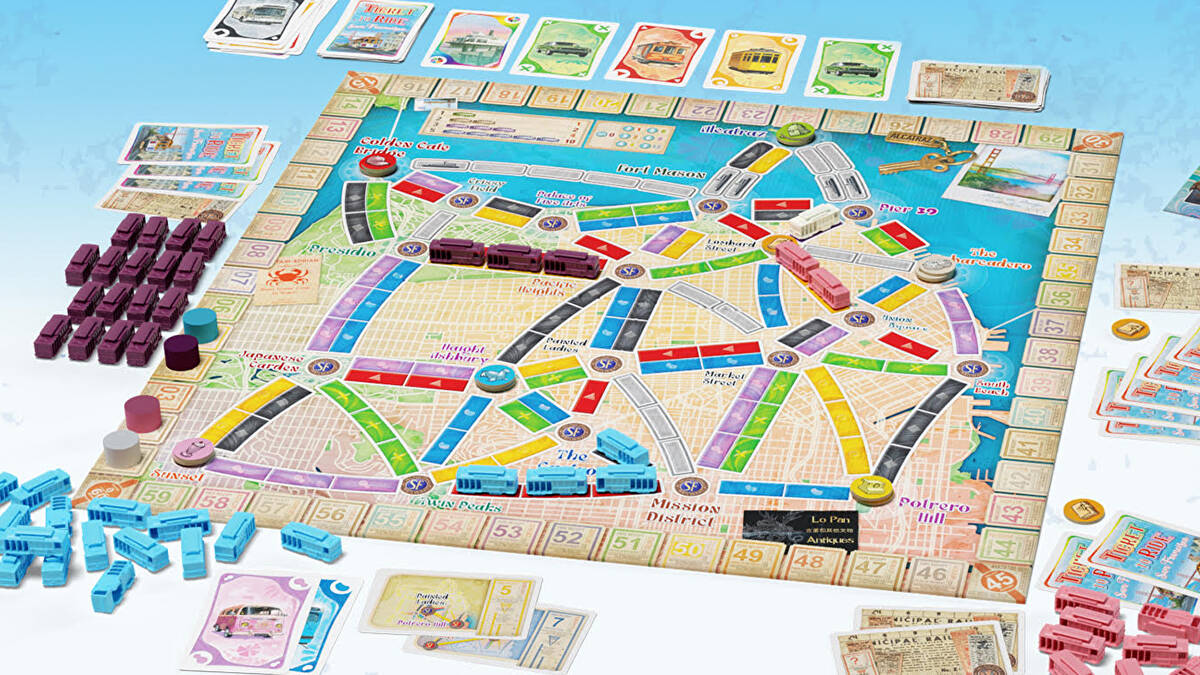 Ticket to Ride: San Francisco is a cool new tabletop game which has players laying plastic cable cars across an array of landmark locations like the Golden Gate Bridge, the Mission District, Haight-Ashbury, and even Alcatraz Island (which requires the use of ferries). Longer cable routes yield higher scores, and in addition to connecting the prescribed cable routes, players also compete to collect souvenir tokens, the game’s secondary goal.

Previous iterations of Ticket to Ride have had players working with an expansive map of North America, India, Japan, and other countries as they attempt to play cards, connecting train routes between cities and countries. But now, San Francisco gets its time in the sun, and the game’s makers are very excited about all the new features this version has to offer its long-time fans.

“When we create a new version, we start by thinking, ‘What could be different?’” said Adrien Martinot of Days of Wonder, which is part of the French game conglomerate Asmodée. “Maybe there’s a country we haven’t been to, or maybe we haven’t done a map with a certain kind of configuration before.”

Martinot says that when it comes time to plot out a rough version of the game, he consults Google Maps so as to familiarize himself with the relevant geography. The result is that each version of Ticket to Ride is unique, and creates its own playing experience.

As for Ticket to Ride: San Francisco, Martinot says this version is deliberately shorter, with an estimated playing time of 15 minutes, compared to an hour or more for most of the prior iterations.

“People today prefer a shorter form of entertainment,” added Martinot. “It’s like, ‘Do you want to watch a movie tonight?’ ‘No, it’s too long.’ ‘OK what about a TV show then?’ ‘Yes, perfect.’”

(All information was provided by the SF Chronicle Datebook)