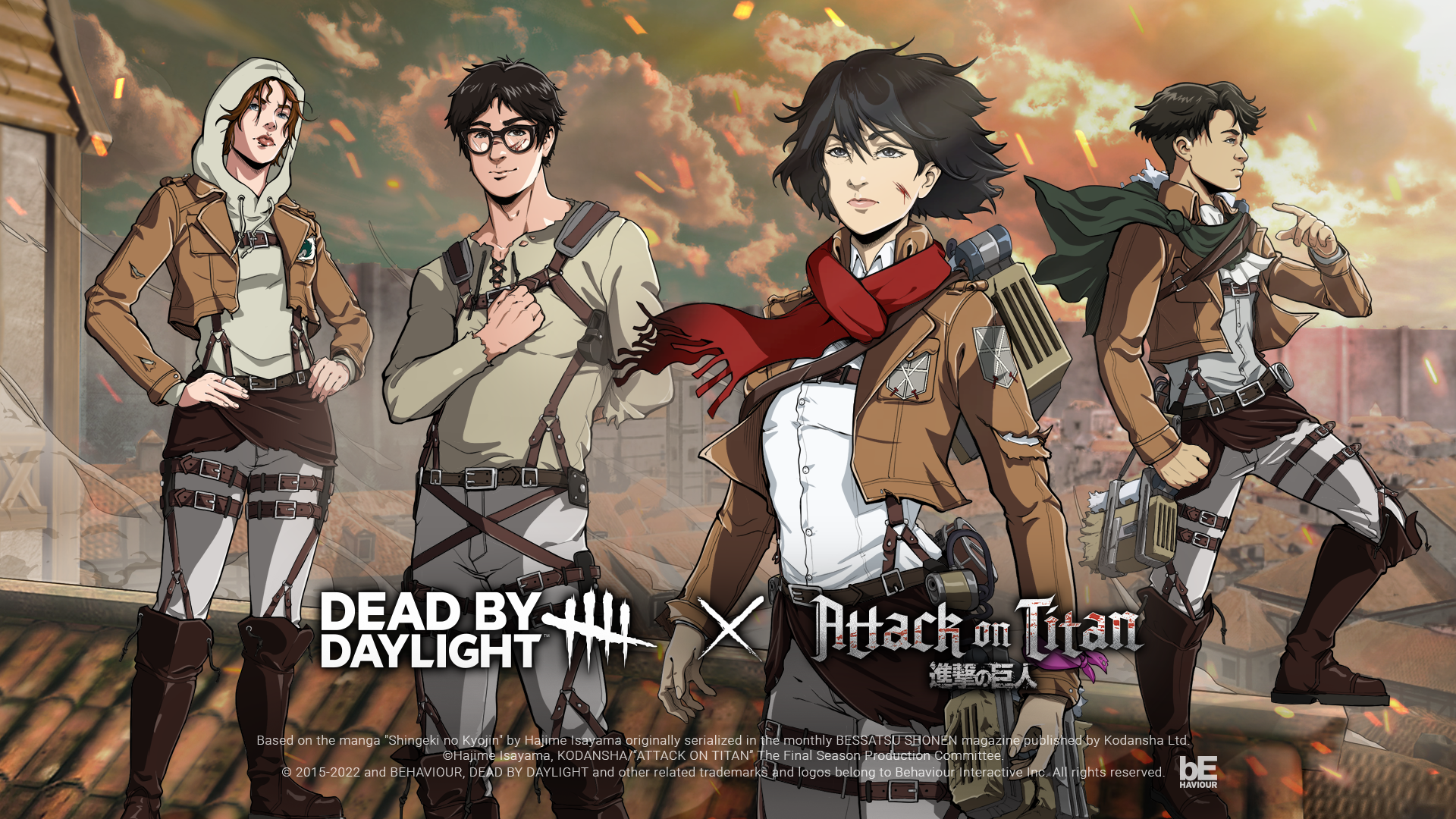 The official Dead by Daylight Twitter is teasing a cross-over between the horror game and the popular anime series, Attack on Titan. No release date or details were included in the tweet, but leaked information seems to indicate that Eren Yaeger, Hange Zoë, and the Armored Titan would be amongst the characters set to make the big move.

Attack on Titan began as a manga series written and illustrated by Hajime Isayama, and was serialized from 2009 to 2021. While the manga has concluded, the anime television adaption is still going strong.

One of the most decorated mange/anime franchises of all time, Attack on Titan has spun into other media as well, including video games and a live-action movie.

(All information was provided by ComingSoon)