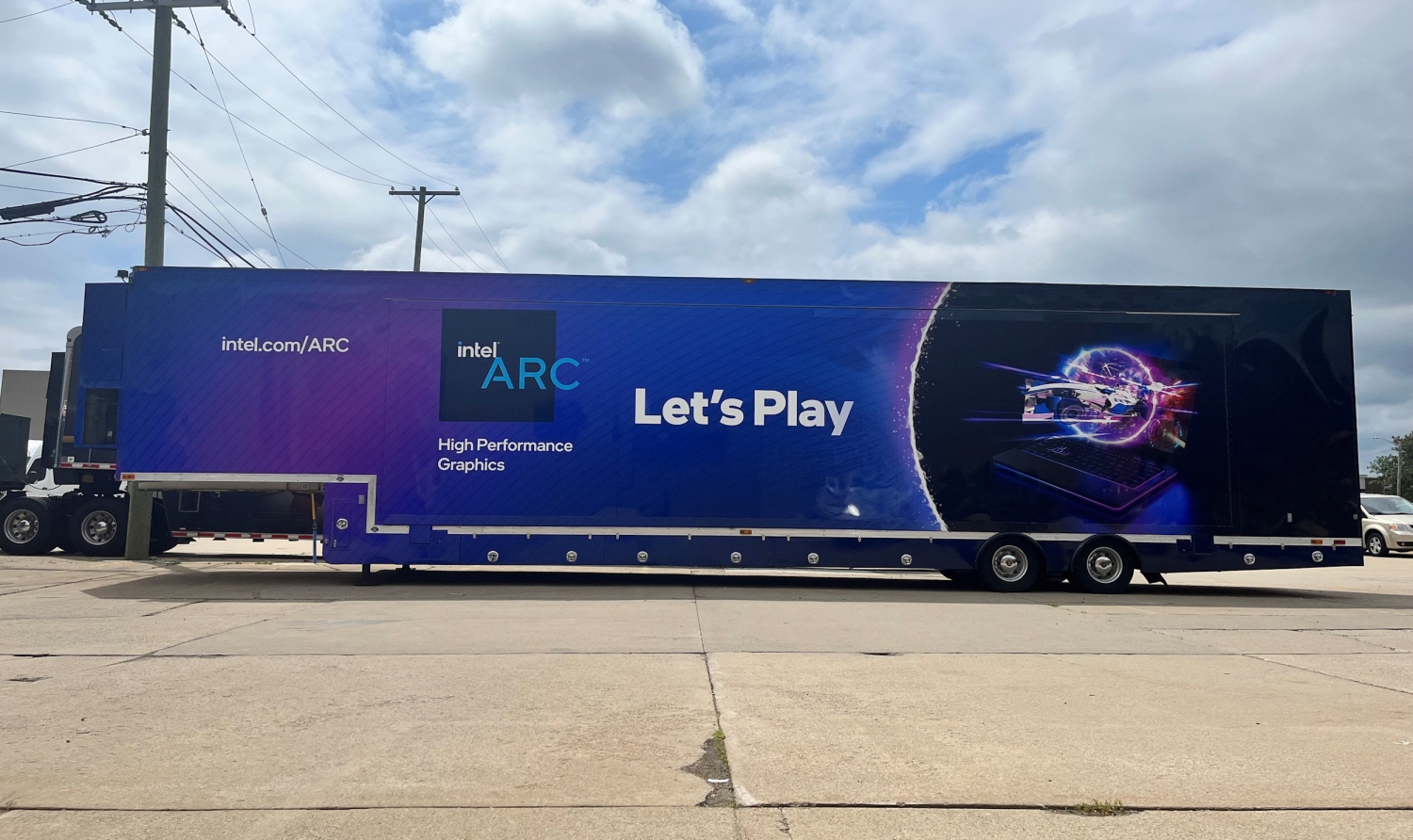 The Intel Arc gaming bus will be making its long-awaited debut in late September at LANfest in Colorado. While the outside of the bus is coated in “Arc High Performance Graphics” logos, the interior is still a work in progress.

Intel is preparing to equip the bus with as many as 30 gaming stations, featuring Alder Lake desktop based systems with support for discrete GPUs. The company had previously teased the inclusion of NUC 12 Extremes receiving Arc dGPUs, but the desktop series has been delayed for quite sometime, so there’s no way of knowing if they’ll be ready upon the bus’s final launch.

(All information was provided by VideoCardz)