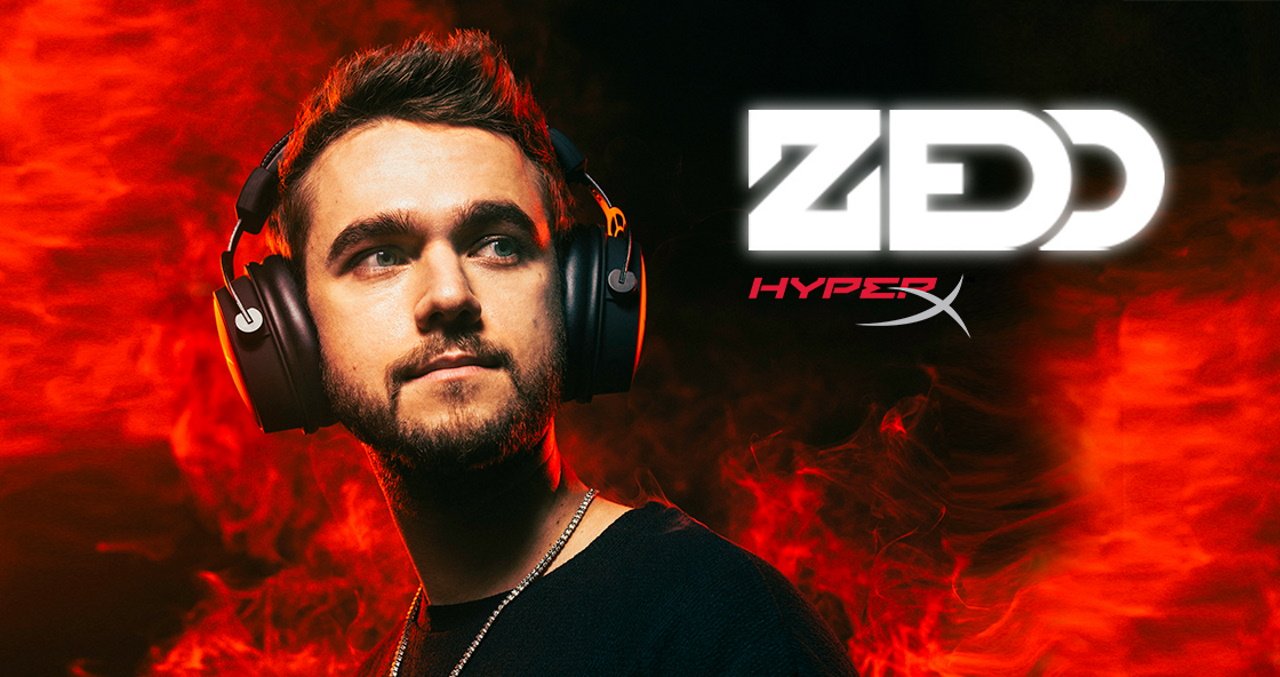 On August 15th, Grammy award-winning DJ and producer Zedd was introduced as the newest global brand ambassador of HyperX. Zedd will not only make content with the company, but the two will also be releasing a line of limited-edition merchandise. Meanwhile, HyperX will now be the official gaming audio and microphone provider for the Russian-born musician.

“HyperX has supported my passion for gaming since we first connected via Twitter, several years ago,” said Zedd. “Their products are a major part of my gaming lifestyle and I am grateful for the ongoing support. I’m eager to kick off our collaboration, which dives much deeper than a typical partnership.”

Zedd joins a laundry list of other big names that have agreed to partnerships with HyperX. In the streaming and esports space, you have superstars like Pokimane and ValkyRae. Other brand ambassadors include NFLer JuJu Smith-Schuster and NBAer Gordon Hayward, to name a few.

Zedd has shown an interest in gaming for quite some time. Previously, he joined forces with Riot Games to release a music-themed skin in VALORANT.

(All information was provided by HyperX, HyperX Gaming, The Washington Post, and Wikipedia)