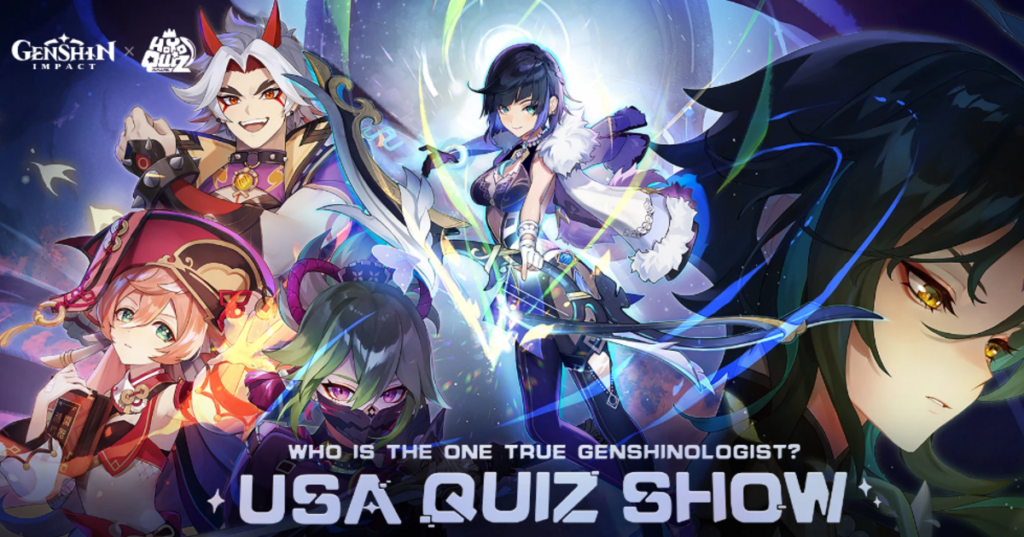 Are you a fan of Genshin Impact? Do you think you would be able to answer some trivia questions about the game? What about participating in a full-on game show? Well, now is your chance because WePlay Esports recently announced plans to produce a Genshin Impact USA Quiz Show called One True Genshinologist.

WePlay announced that it will be hosting an international competition for Genshin Impact players. This series will be open to current and graduate students enrolled in U.S. universities. And, as you would expect, it’ll be focused on the features and characters in the world-famous game.

Registration for the quiz show is open from August 22nd to August 30th. After that, the selection notice and pre-competition part of the series will run from September 1st to the 5th. It all leads up to a live broadcast that will be held on September 10th at the WePlay Esports Arena in Los Angeles, California.

(All information was provided by European Gaming, Fandom, Google, and Talkesport)

0 comments on “A Genshin Impact Game Show Is Here!”