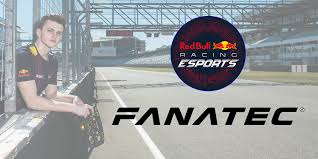 Last week, Red Bull Racing Esports announced it has entered into a partnership with racing hardware manufacturer Fanatec. As a result of the deal, drivers of the simulation racing team will be outfitted with Fanatec gear. Red Bull Racing esports drivers will also help “shape the development of future Fanatec products.”

Esports Insider released the following statement, “Since its creation, Red Bull Racing Esports has taken the sim racing world by storm, winning several championships across a number of sim racing titles. It comes as no surprise to see Fanatec, a market leader, join forces with one of the most successful teams in the space.”

Red Bull Racing opened its training facility in December of 2020 with Fanatec products already integrated into the arena. Fanatec also sponsors the F1 Esports Series and the GT World Challenge Powered By AWS.

Robert Rossi is the Head of Esports at Fanatec. He spoke highly of the deal. “Red Bull Racing Esports has proven to be an unstoppable force in sim racing, and our growing relationship with the Team builds on our past collaborations through the F1 Esports Pro Series and will bring important performance advantages to both parties,” he said. “We’re excited to work closely together to assist these talented pro drivers in their journey.”