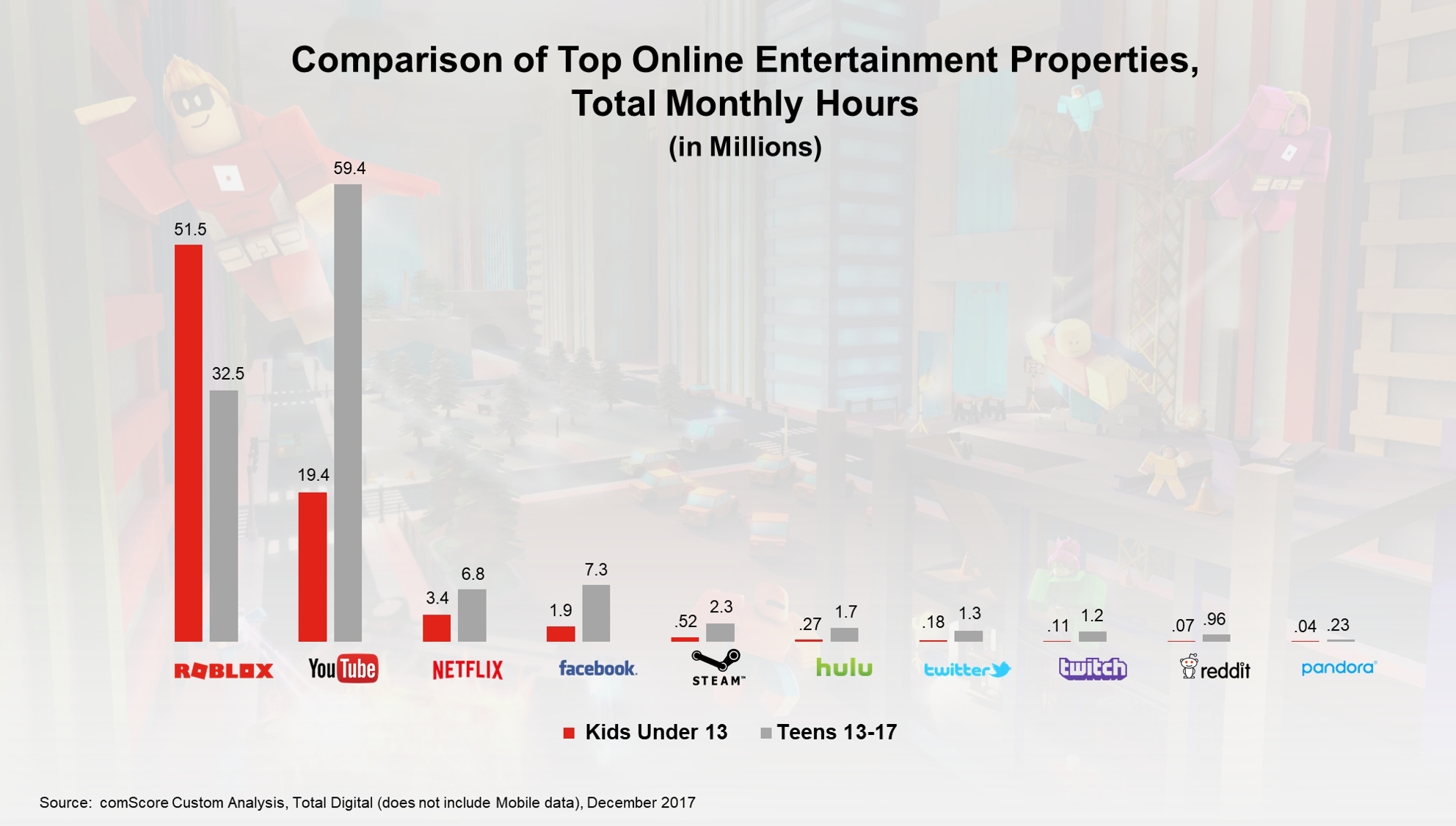 Comscore, which is a media evaluation company, recently shared new audience insights providing context behind the strong performance of Roblox in March. Comscore reports that in February, Roblox saw 34 million unique U.S. consumers spend 6.3 billion minutes accessing the mobile gaming platform, signifying a growth of 32% and 39%, respectively. Roblox also ranked first amongst selected gaming companies in February for desktop reach amongst age 13 and under, and first for desktop reach with 13 to 17 year-olds.

“Roblox is unique in that it is more of a gaming platform than a traditional video game,” said Niko Partners analyst Daniel Ahmad. “It is also one of the largest games as a platform with more monthly active users than Minecraft [150 million MAUs for Roblox in July of 2020 vs. 131 million MAUs for Minecraft in October]. Its platform focus has allowed millions of developers to create content and game modes for users to play, which has resulted in unique experiences that can attract new users and increase overall playtime.”

In mid-March, Roblox closed its first day of public trading at $69.50 a share. As a result, the business was valued at over $45 billion in the middle of the month.

(All information was provided by KPVI-TV)