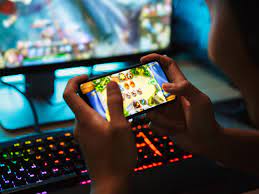 Sai Srinivas, the CEO of the Mobile Premier League, recently sat down for a Zoom interview with The India Times. During this conversation, Srinivas said that “online gaming has the potential to become bigger than the entertainment industry.”

“We are in a world where more people have access to a mobile phone than to a cricket ground or a football. Digital sport is probably the most accessible format of competitive engagement that there ever has been. More people in India will be competing in esport than in cricket. That’s because of easier accessibility of smartphones,” Srinivas told The India Times. “Few years from now there will be a situation where an American can compete with an Indian who can compete with a German on their mobile phone, playing chess, pool or carrom, etc. In 2-3 years, online gaming will be much larger than the entertainment industry in India.”

According to a recent report from FICCI-EY, the online gaming industry grew by 18% over the last year in India with 360 million active gamers currently in the country. This number is expected to go up to 500 million gamers by 2025.

File this under “most obvious headline of the year”.

(All information was provided by The India Times)

0 comments on “MPL CEO: Online Gaming Could Be Bigger Than The Entertainment Industry”