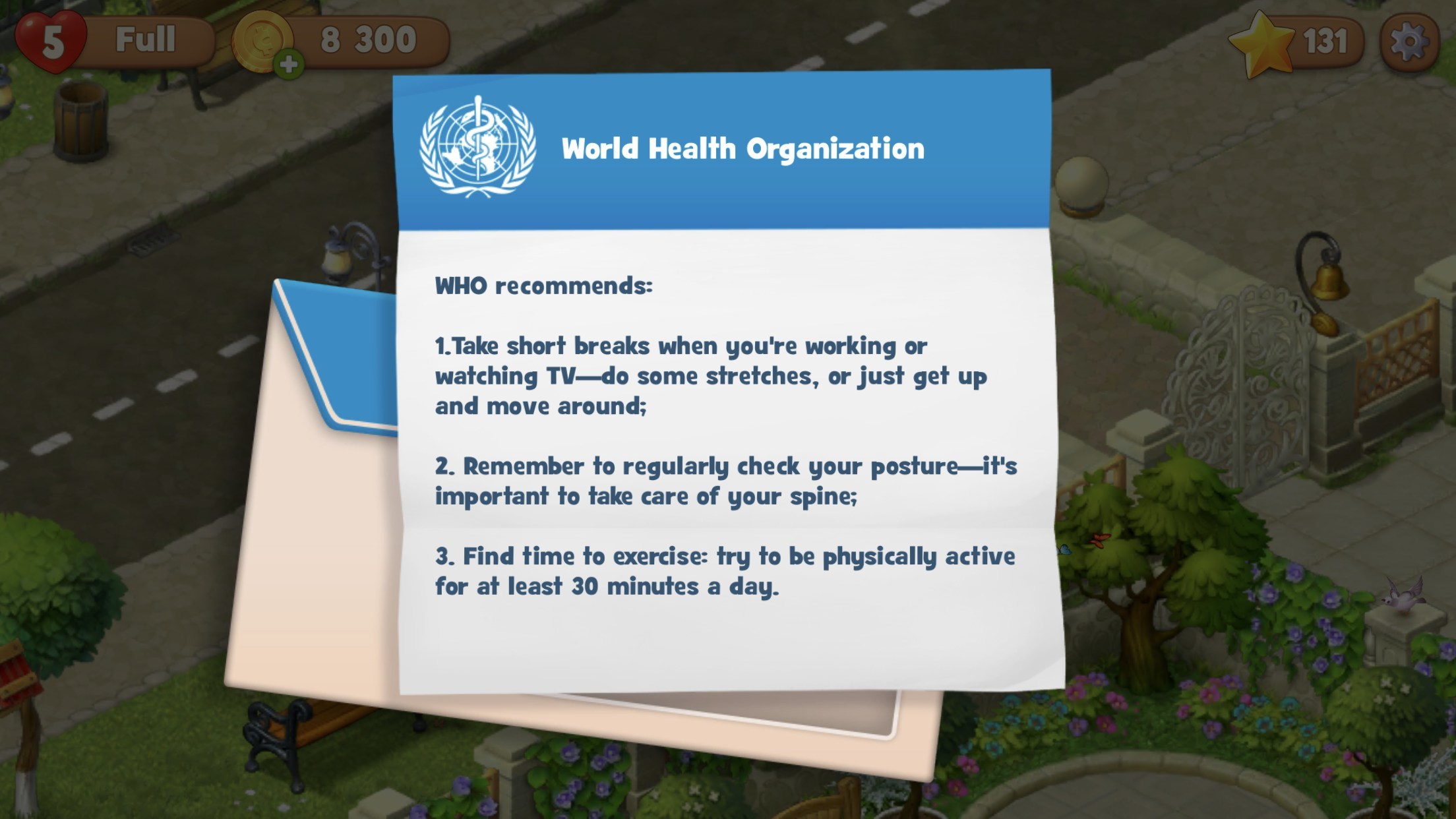 Mobile game developer Playrix recently announced it is launching a new thematic event called “Yoga Season” in the company’s flagship game Gardenscapes. The event, which is the company’s first-ever collaboration with the World Health Organization (WHO), begins when the game’s main character receives a letter from WHO with instructions on how to stay healthy during isolation.

This new event comes as part of WHO’s #HealthyAtHome challenge which was launched in April of 2020. The goal of the initiative is to get people to maintain a physically active lifestyle while social distancing.

“We create great games with feel-good storylines that help people from all over the globe take a break from daily life challenges and worrisome news. I’m sure Austin, Katherine, and the other Gardenscapes characters will inspire our players to take part in the #HealthyAtHome challenge, and encourage them to be physically active in real life too,” said Maxim Kirilenko, the Chief Business Development Officer of Playrix. “This event is a great example of how the gaming industry and the World Health Organization can join forces for the greater good.”

Playrix is one of the world’s most successful mobile game developers and the biggest developer in the Commonwealth of Independent States region (Azerbaijan, Armenia, Belarus, Georgia, Kazakhstan, Kyrgyzstan, Moldova, Russia, Tajikistan, Turkmenistan, Uzbekistan, and Ukraine). Playrix’s games have registered over one billion downloads and 130 million monthly active users.

(All information was provided by CIS Stat, PR Newswire, Youtube, and the World Health Organization)

0 comments on “Playrix And WHO Launch Yoga Season Event”