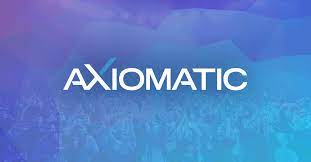 aXiomatic Gaming recently announced that it has appointed Chief Strategy Officer Mark Vela as the firm’s new CEO. This move will take effect on April 30th. Current CEO Bruce Stein will remain with the company as an investor.

“I am thrilled to lead the next chapter for aXiomatic and further build upon an incredible foundation that includes market disruptors like Team Liquid, Epic, Niantic, Dapper, and others,” said Vela. “We aim to not only continue elevating this unparalleled portfolio of companies that’s driving innovation across competitive, social, and blockchain gaming communities, but also identify, partner with, and invest in the next wave of industry-defining companies and platforms, and new audiences.”

According to a press release, Mr. Vela played a key role in several of the company’s investments during his tenure as the organization’s Vice President of Strategy and CSO. This includes funding into businesses like Niantic and Dapper Labs.

aXiomatic Gaming is based in Los Angeles, California, and was founded in 2015. Its most famous product is subsidiary Team Liquid.