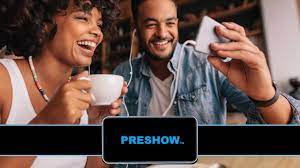 Stacy Spikes, the co-founder of Moviepass, has started a new venture aimed at gamers: the PreShow Interactive mobile app. Users will earn in-game currency if they watch advertisements while they play.

“We are thrilled by the early feedback and excitement we have received from our beta users as well as brands and agencies who have seen and tested the platform,” Spikes said. “PreShow is part of an emerging market where consumer control and privacy comes first; and where time, data, and attention are respected and properly rewarded. Our technology gives the gaming industry a unique opportunity to honor its customers in ways other platforms have not.”

According to Keengamer, the PreShow Interactive app is scheduled to launch this summer.

In theory this sounds like a good idea. In practice, as with Moviepass, the gamers who will watch the most ads are the ones that otherwise might have spent the most money. This will be a tough sell to game developers.

(All information was provided by GameSpot, The Hollywood Reporter, Keengamer, and Tech Crunch)