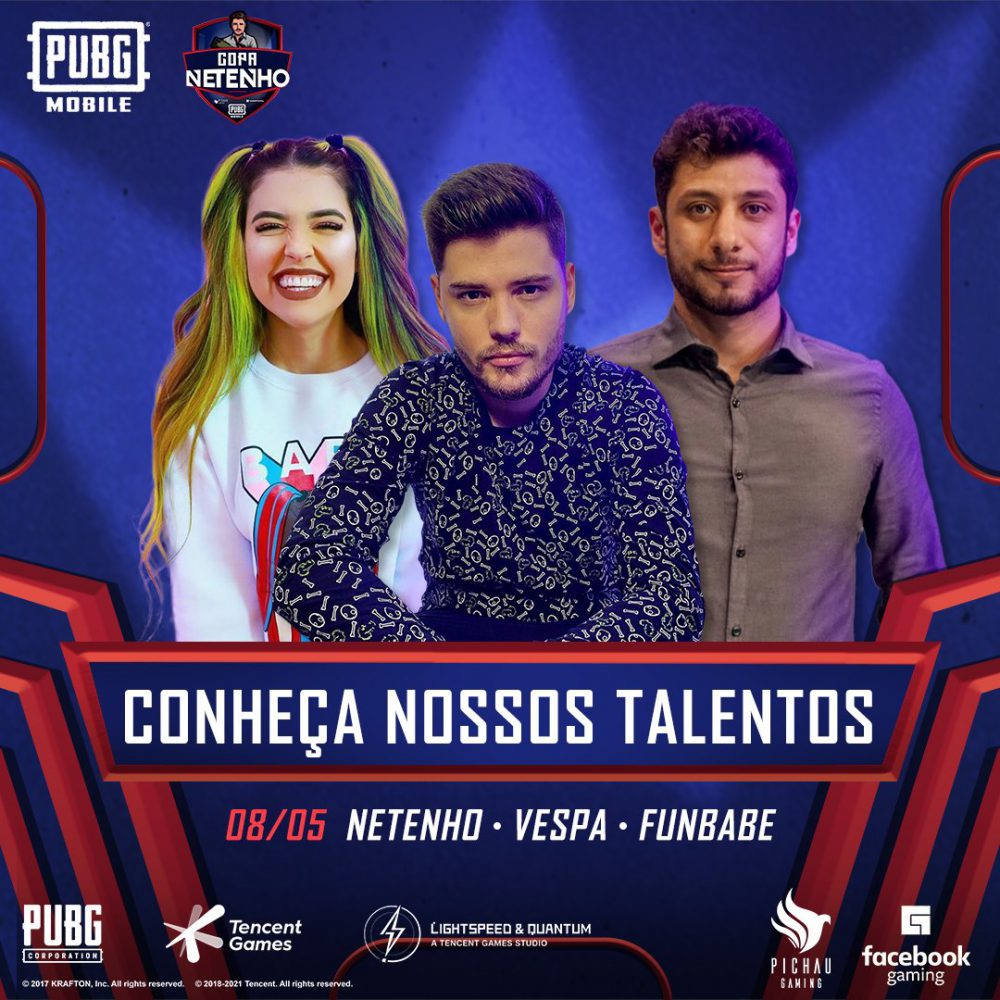 “It is very gratifying as a PUBG MOBILE ambassador in Brazil to have all this support while I launch my own cup,” Netenho said in a press release. “Today, a large part of my base of followers who follow me are from PUBG MOBILE, so I am very happy to launch this project, which is an idea that I have had for a long time.”

The competitions will be broadcast on Netenho’s Facebook Page. They will also be simulcasted on Loading, the Brazilian esports-focused TV channel.

The esports tournament will feature individuals and teams competing for a prize pool worth 48,000 Brazilian Real ($9,120). Teams will be divided into four groups with 16 sides in each group.