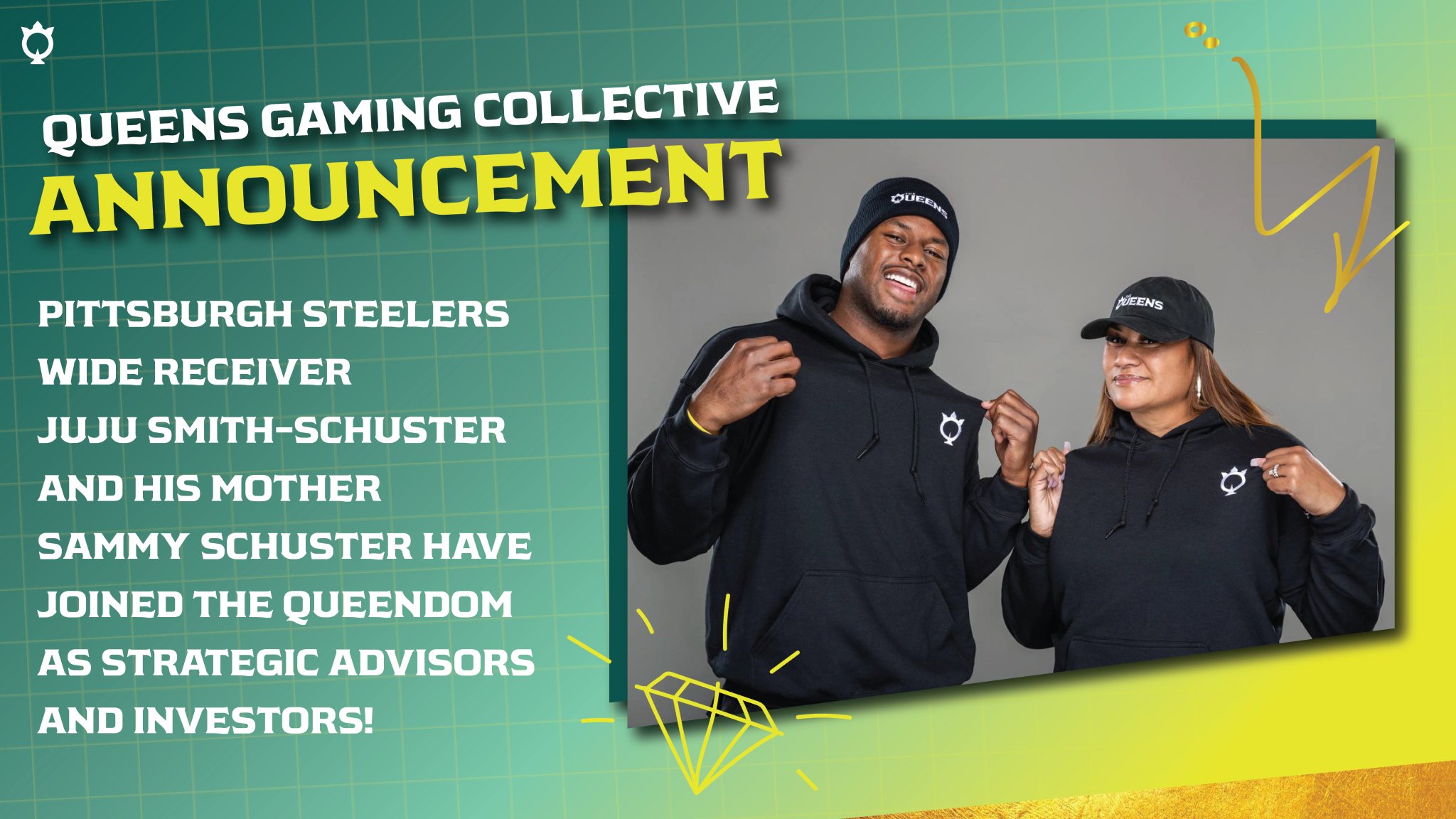 It was recently announced that NFL star Juju Smith-Schuster and his mother, Sammy Schuster, signed a strategic partnership with Queens Gaming Collective, a woman-focused esports organization. It was also revealed that the two have become investors in the company.

“ANNOUNCEMENT,” Queens Gaming Collective wrote in a Twitter post. “We are beyond proud to announce a new investment and strategic partnership w/ NFL Pittsburgh Steelers wide receiver, @TeamJuJu Smith-Schuster & his mother Sammy Schuster, @07Mybeautiful! They are an amazing duo that champions for diversity & inclusivity.”

The two will serve the organization as “cultural ambassadors” The Esports Observer says. They join the company’s Queens Court alongside other current representatives like former NBA player Baron Davis and American soccer star Allie Long.

Juju Smith Schuster is a 24-year-old Wide Receiver for the Pittsburgh Steelers. Since being drafted in 2017, he has been named to one NFL Pro Bowl.

Maybe I’m in the minority, but if I was building a business in esports or otherwise, I would not be targeting athlete investors. It’s an unusual phenomenon that is rampant in the esports space. After 20 years in venture capital, I’ve never seen anything like it, and I find it puzzling every time. I guess money is money.

(All information was provided by Pro-Football-Reference, The Esports Observer, and Twitter)