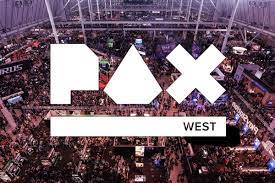 On May 3rd, ReedPop and Metro Esports announced the two companies would begin working together to form the world’s first professional diverse, co-ed VALORANT team. The organizations’ team, The Metro Squad, will unveil the squad’s final roster at the PAX West conference in Seattle this fall.

“I come from the traditional sports world, where getting a college scholarship or making it to the pros is the ultimate goal for millions of aspiring young athletes and families. While those are awesome goals, the likelihood of reaching them without being born some kind of genetic specimen is almost non-existent for most of the general populous,” said Shaon Berry, the CEO of Metro Sports & Entertainment. “The incredible thing about esports as an industry is that you can be a superstar in so many different categories from pro gamer to programmer, game designer, engineer, streamer, organizer, team owner and so much more. With women and avid gamers of color so disproportionately underrepresented in the esports competition space, we are excited to partner with PAX in going out and specifically identifying and selecting some of the nation’s best gaming talent and signing them to professional contracts to play for The Metro Squad. We believe this to be a Jackie Robinson-type moment within esports as we continue to look for effective ways to address diversity, equity, and inclusion in the market.”

With the support of PAX and ReedPop, Metro will hold a nationwide tour to find the best, most diverse American VALORANT players. After that, a final round of competitions will be held to determine who ends up making the final roster.

The PAX West conference, which will take place in Seattle this year, was founded in 2004. The event is scheduled to take place from September 3rd through the 6th.

(All information was provided by Bleeding Cool, Google, and Gamasutra)