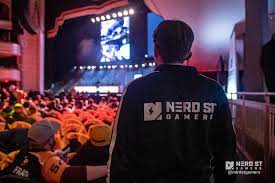 Nerd Street Gamers and Camp Localhost recently announced the organizations will be launching a virtual and first-ever in-person esports summer camp. Each summer camp, which runs for multiple weeks from June to July will feature multiple titles and events to help up-and-coming gamers improve their skills.

“Through Camp Localhost, we are thrilled to engage and connect with more gamers in both our virtual and in-person camps this summer,” said Ben Beaver, the Youth Camps Manager for Nerd Street Gamers. “We’ve developed Camp Localhost programming with every gamer in mind – from hard-core to casual play – with unique opportunities and features, such as industry-leading coaches and professional-grade equipment.”

The first-ever in-person camp will be put on by Camp Localhost as part of a collaboration with Nerd Street gamers. The camps will be open to children ages 9 to 17 from June 14 until July 24.

The virtual summer camp is only open to gamers ages 13 and up. Those camps are expected to run from June 8th until July 24th.

(All information was provided by Esportz Network)